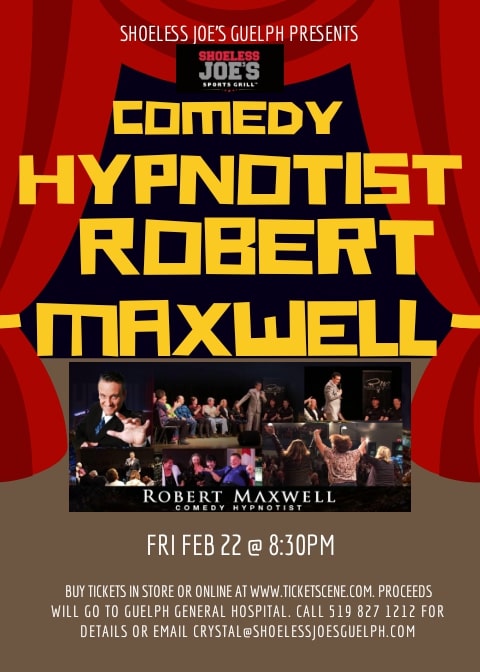 Comedy Hypnotist Robert Maxwell take you on a journey of the mind, as the laughter is non-stop. The Robert Maxwell Comedy Hypnosis Show is just that, an evening of laughter guaranteed. Audiences all over the world have been amazed by Robert’s hilarious comedy hypnotism. Watch as he takes willing volunteers from the audience and guides his volunteers through mind bending and side splitting comedy scenarios through the power of suggestion!