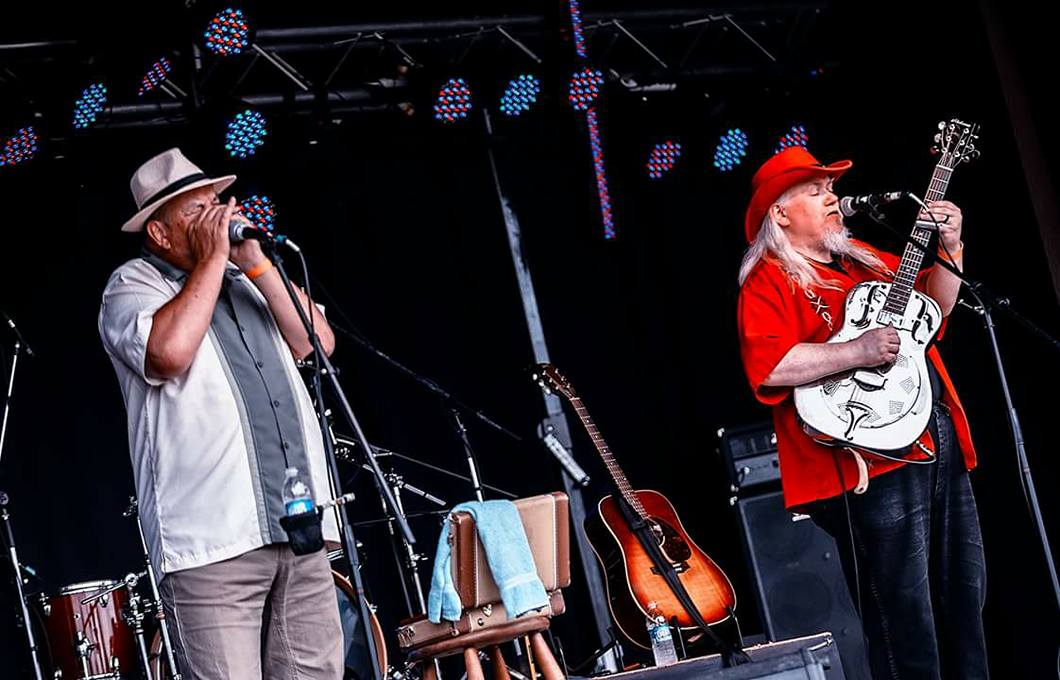 Furlong & Smith, 2017 ECMA Blues Recording of the year nominees for their CD “Blues You Can Use”and 2016 Martimes to Memphis finalists consists of Travis Furlong and DC Smith, both accomplished blues musicians with years of experience behind them.
Formed in late 2015, the act is an idea both musicians have been toying with for quite some time after years of playing in bands.
Travis and DC met in the late 80's when their respective bands were double booked into the same venue one evening and have been friends since.
From 1988-1993 he was in a succession of Blues, R&B, and Blues Rock Bands until in 1995, Glamour Puss Blues Band was founded.
From 1995 -2008, he was full time on the road as Guitarist, vocalist, and song writer, arranger of Glamour Puss Blues Band. Three European Tours, Fifteen Cross Canada Tours, gigs in the states from New York to Pennsylvania to Memphis. Multiple Maple Blues Award Nominations, three ECMA Awards and multiple Real Blues Magazine nominations and awards, including Slide Guitarist of the Year in 2000.

“With Years of performing the blues under their belts, Travis & DC can hold their own with any blues duo in the business” Randy Geddes Shepody House, Dorchester N B

DC Smith, originally from Toronto, played in various blues / rock and blues bands in the Toronto, London Ontario region in the late 60s until the early 70's when he moved to the Martimes.
Originally a bass player, in the 80's due to a lack of harp players in the area decided to switch to blues harp. He also fronts The Streamliners (East Coast Blues Society international blues challenge finalists 2015). He has recorded with The Streamliners and contributed to other artists recording projects as well.
The Streamliners have played the Harvest Jazz & Blues, Shediac and St John Blues Festivals.
Travis and DC have opened for numerous high profile blues artists over the years such as BB King, Jack De Kyzer, Roomfull of Blues, James Cotton, Guy Davis and more.
Furlong and Smith recorded their first CD “Blues You Can Use”, which was nominated for ECMA Blues Recording of The Year in 2017, at The Groove Factory in Amherst NS in late 2015.

“Furlong & Smith were Blues Heaven we were blown away by their genuine sound & spirit. “ Jennifer Jobbins Tay Creek Folk Festival

“Experiencing Furlong & Smith In Concert is like taking refuge in a musical time-machine; a fluid journey through the world of Blues styles past and present” Terry Parker Host Atlantic Axess Podcast