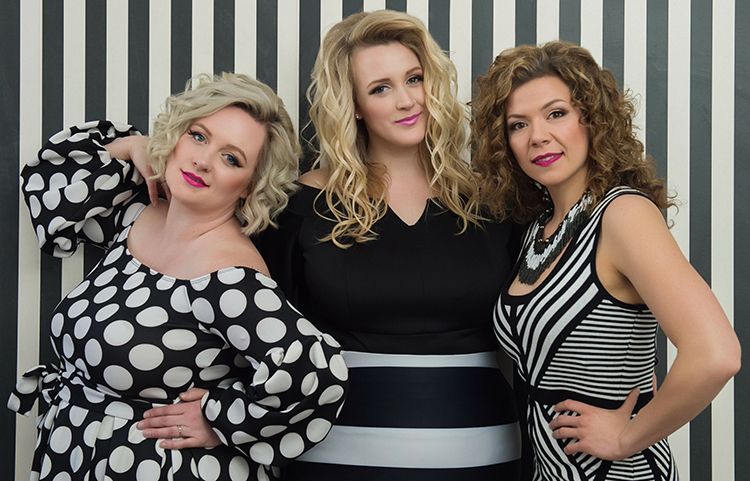 Rosie & the Riveters never planned to get political. But opening a newspaper or watching the news these days made it impossible to see the status of women around the world and stay silent. The result is Ms. Behave – a collection of gritty, sultry, vintage-inspired folk anthems that paint a portrait of a woman’s voice in a man’s world.

The band’s 2018 sophomore record, Ms. Behave, remained in the Top 10 US folk music charts for 17 weeks, peaked at #3 on CBC Radio 2’s Top 20, and was featured in publications such as Parade Magazine, Pop Matters, No Depression and Rolling Stone Country. With songs addressing sexual assault, the gender pay gap, and the policing of women’s behaviour, it’s clear why Billboard Magazine called them, “powerful and daring.”

“Rosie & the Riveters never fail to give their audience an astounding show. The songs are great, the harmonies tight, and the performance has so much humor, edge and honesty that each audience member feels that the show was made just for them. One of my favorite new acts to play the club in the past several years!” – Matt Smith, Club Passim Cambridge, MA

“Rosie and The Riveters are a trio of incredibly empowering women. Their show is bold, unapologetic, nuanced, powerful, and sensitive, and their banter is witty, relevant, and undeniably engaging. They deliver a great show with an important message.” — Gillian Moranz, Wise Hall Vancouver, BC

This concert is presented in cooperation with the Cuckoo's Nest Folk Club - www.folk.on.ca