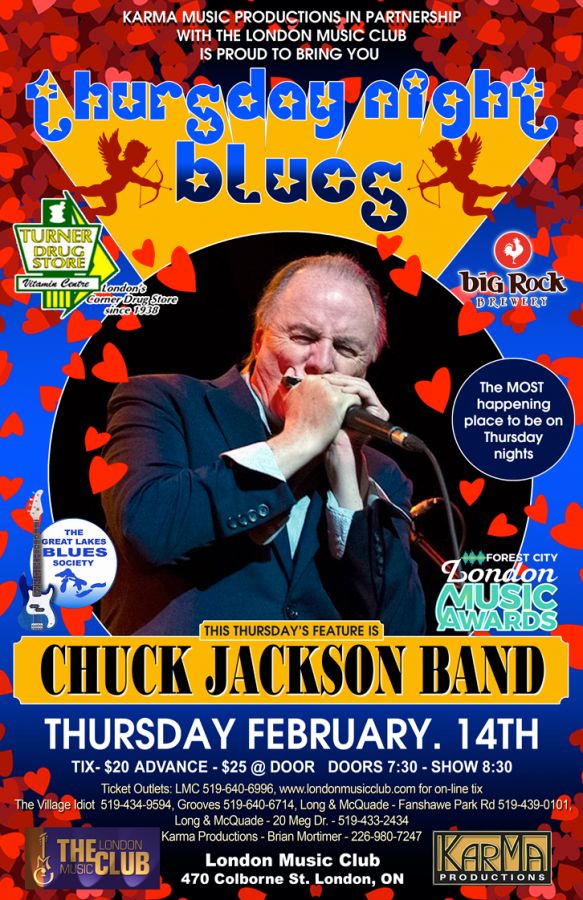 Chuck Jackson is Downchild's singer and harmonica player; the sort of openhearted, friendly guy who builds an instant rapport with audiences. He came to Downchild 27 years ago after a long career with a number of top Canadian bands. With Downchild he has been nominated for 5 Junos and in 2014 won the Juno for Blues Album of the Year for their CD Can you hear the Music. Chuck has been nominated 7 times and won the Maple Blues Award, Male Vocalist of the Year twice. In 1999 and 2007. He was also honoured in 2002 with the Toronto Blues Society's prestigious Blues With a Feeling Award for his achievements.