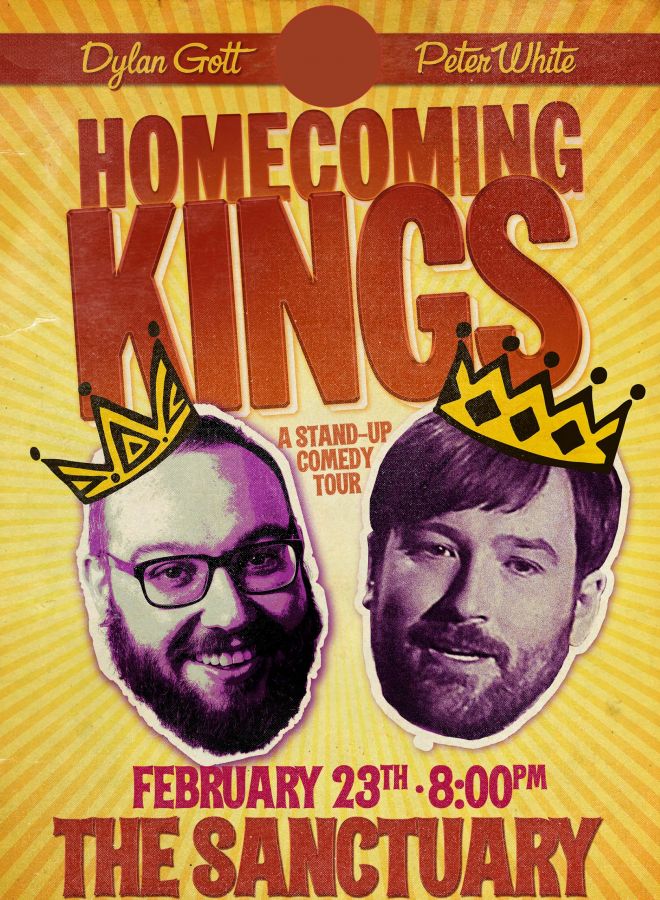 Our first ever Comedy Show and we are pretty excited about it.
Please welcome Homecoming Kings Dylan Gott and Peter White. Doors open at 7:30 pm, show starts at 8 pm. This is a seated show.
From his start in Nova Scotia, Canada, Peter White has gone on to perform comedy all over the world and is in high demand for festivals and television appearances.

In North America, he can be seen in his own one-hour Comedy Now special on CTV and the Comedy Network, as well as on CBC from his many appearances at the Halifax Comedy Festival, the Winnipeg Comedy Festival and in the A&E movie presentation Bag of Bones, starring Pierce Brosnan.
Dylan Gott has been nominated for a Canadian Comedy Award, performed at prestigious comedy festivals such as JFL42, North By Northeast, appeared on Comedy Central and Viceland UK in Bobby and Harriet are Getting Married, had his own televised special on iChannel called No Kidding and hosted his own radio show on SiriusXM Radio 'The Sport Brahs'.