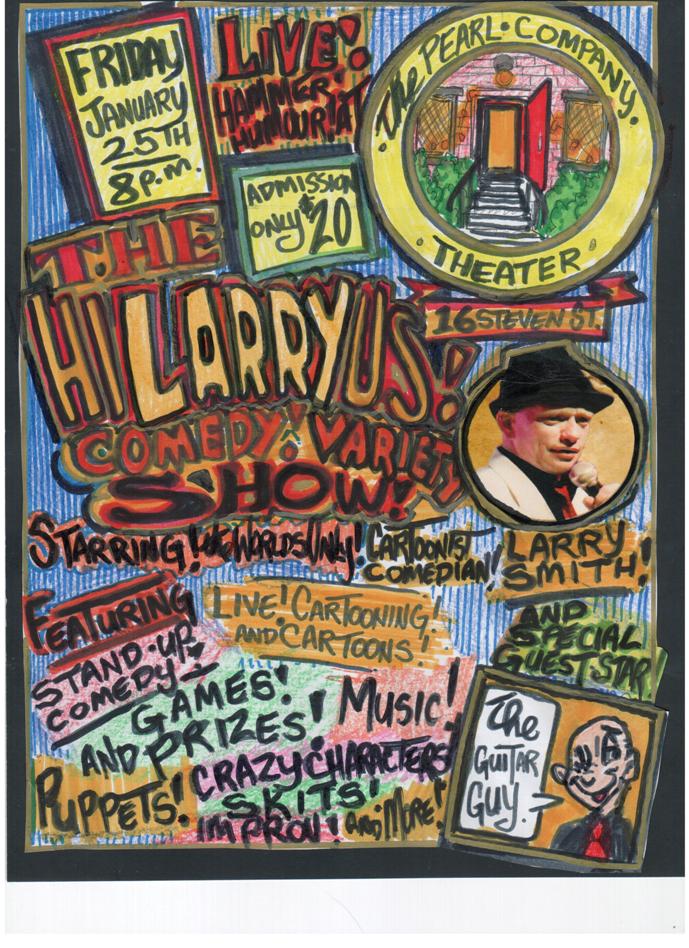 The HI-LARRY-US! Show: Friday January 25.  Doors: 7:30pm. Show: 8:00. Tickets: $20. Join the irrepressible Larry Smith, the world’s only LIVE! CARTOONIST/COMEDIAN, and his guests for a COMEDY VARIETY SHOW! Featuring STAND-UP, LIVE CARTOONING, GAMES and PRIZES, MUSIC, SKETCHES, IMPROV, PUPPETS and MORE!  Featuring Hamilton’s long-standing humour meister Larry Smith, a natural born performer who started his show business career at the age of 4, on Romper Room no less. He has been working as headliner, and part of a comedy duo, for more the 16 years.  In that time he has made numerous radio and television appearances including Comedy at Club 54, Chaps Comedy, Cooking with Comics, CH TV, City TV, and the Comedy Network. Larry has also toured extensively across North America, and shared the stage with Sam Kinison, Gilbert Gottfreid, Blue Rodeo, Northern Pikes, and more.  This is one funny man with one funny show pulled together specially for The Pearl.