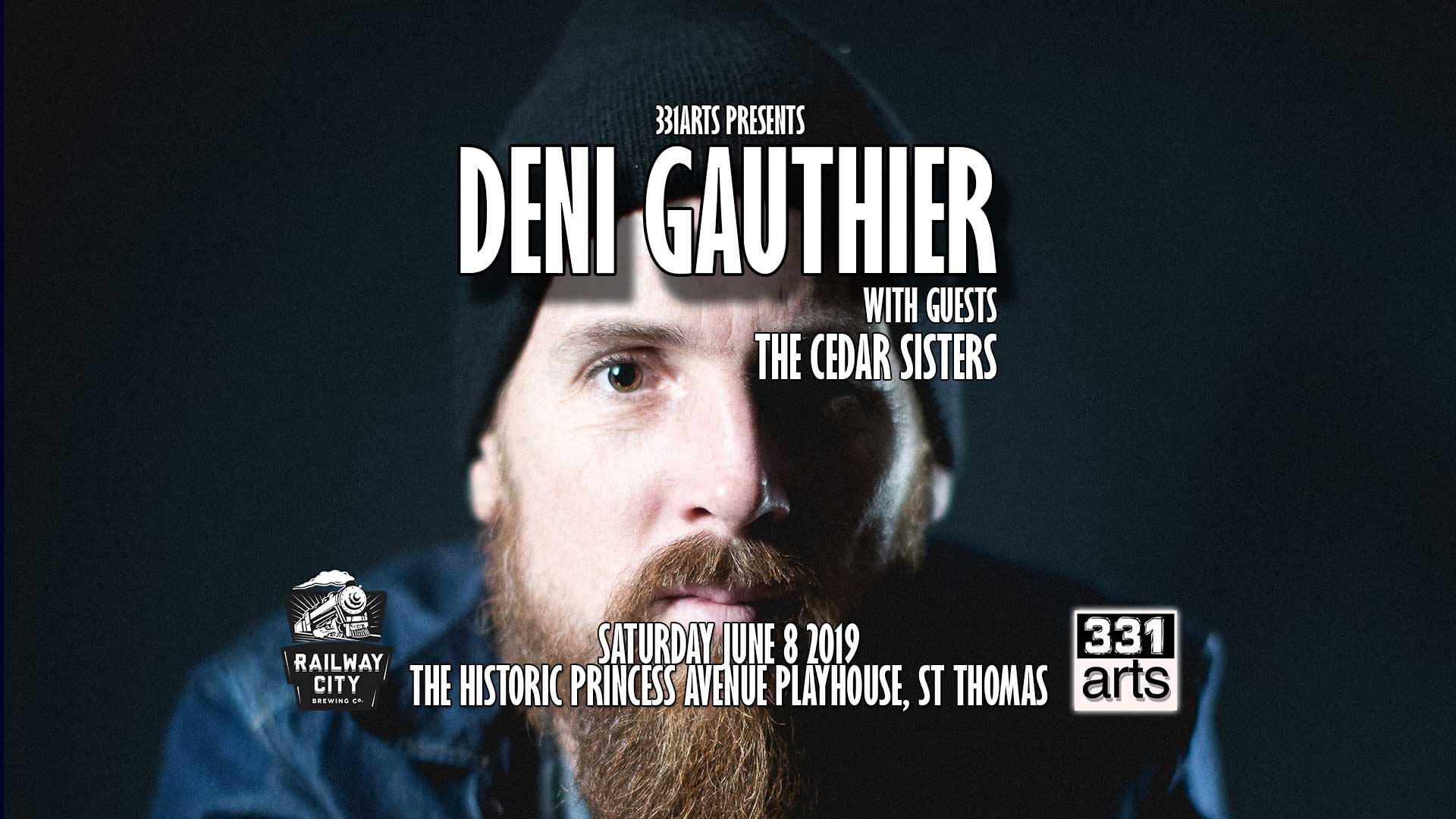 OFF THE RAILS is a new, live music series in St. Thomas presented by 331arts. We are very excited and honoured to have St Thomas native Deni Gauthier perform on Saturday June 8. Deni will be joined by London's The Cedar Sisters. As space is limited in this amazing, intimate venue, we suggest you get your tickets early!

DENI GAUTHIER: Quietly building his own scene for the last 8 years or so, Deni Gauthier has been delighting audiences all over Canada, the United States, and Europe. His beautiful voice and lush ambient guitar playing, layered with just the right amount of understated live looping create a sonic soundscape quite like his last two studio albums: Quiet Town and Passenger.

From a quiet whisper, sometimes with a firm nudge, Deni is able to somehow connect musically and lyrically with songs that wander along the path of the strangely beautiful things in life. Old love, broken relationships, people trying to find their way... Dark yet beautiful, simple yet entangling.

Deni can be heard all over CBC and independent radio and has charted throughout Canada and the States with several #1 positions. If he is not working in his own studio he can be found on the road, sharing stories and songs to listening audiences sitting quietly and comfortably somewhere.

THE CEDAR SISTERS: The Cedar Sisters – Jane Carmichael and Elle Hermansen – met when both were brought in as backup singers for a London, ON rock band. The two songwriters felt an instant personal and musical connection, and soon after began writing together. Carmichael and Hermansen are sisters in spirit, if not in fact. They share remarkably similar stories, both on and off the stage. Both were involved in pop bands that “almost” got signed, both released solo albums after those bands fell apart,  and both suffer from endometriosis. They even share the same middle name. It’s no surprise, then, that they sing so beautifully together.

The Cedar Sisters  use their similarities and differences to create a sound that they affectionately refer to as “electro-folk pop”– the perfect marriage of Carmichael’s folk sensibility and Hermansen’s electronic vibe. Their music is haunting, atmospheric, and emotionally intense. It also has a distinct 80s pop overtone inspired by artists like Stevie Nicks, Kate Bush,  and The Traveling Wilburys with a modern First Aid Kit and Lana Del Rey “esque” edge. Joining them for their live shows is guitarist Kevin Kennedy (Neverending White Lights, The Marrieds, The Dyadics), and drummer/engineer/producer Matt Weston (The Marrieds, The Dyadics).