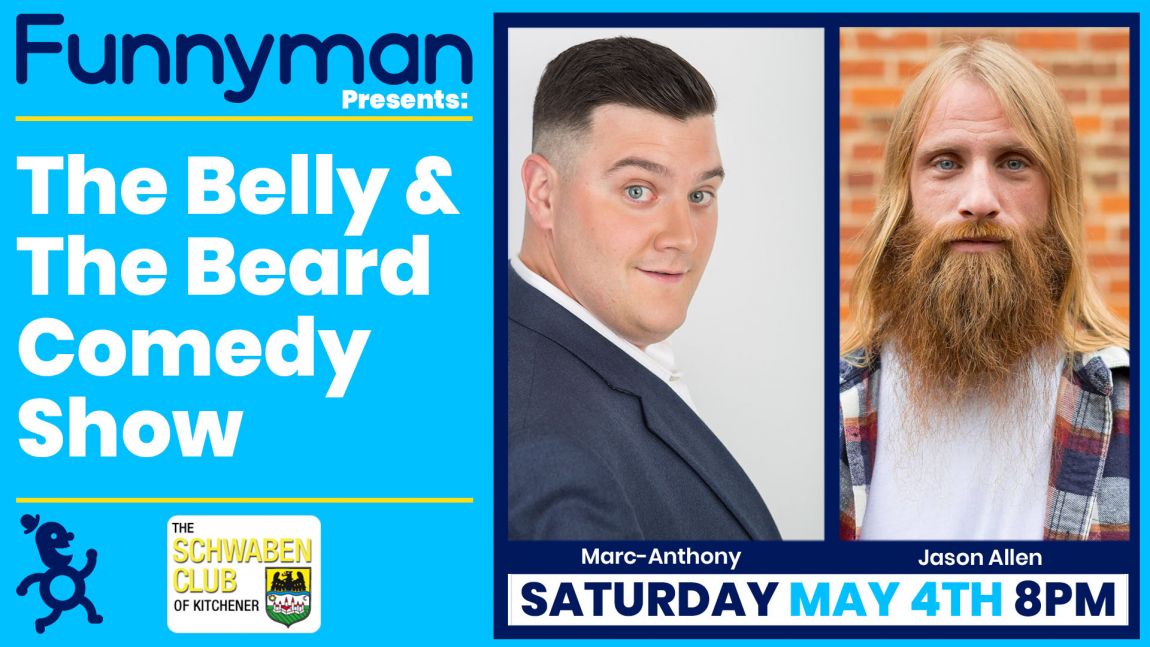 The Belly & The Beard Comedy Show!

Funnyman and Schwaben Club have joined forces in bringing you a night of full of Laughs and Prizes.

On Saturday, May 4th at 8pm Co-headliners Jason Allen and Marc Anthony Sinagoga will be hitting the stage together providing the people of Kitchener, Ontario hours of laughter.

Comedians:
Jason Allen travels North America performing at various comedy clubs along the way. Jason has accompanied such acts as Tom Segura, Kevin Pollak, Jeremy Hotz and Randy and Mr.Lahey of the Trailer Park Boys. Jason has also been featured on Just For Laughs 42 and Sirius XM. With his honest and rapid-fire approach, Jason will be a comic to watch out for in the future.

The Belly & The Beard Comedy Show!