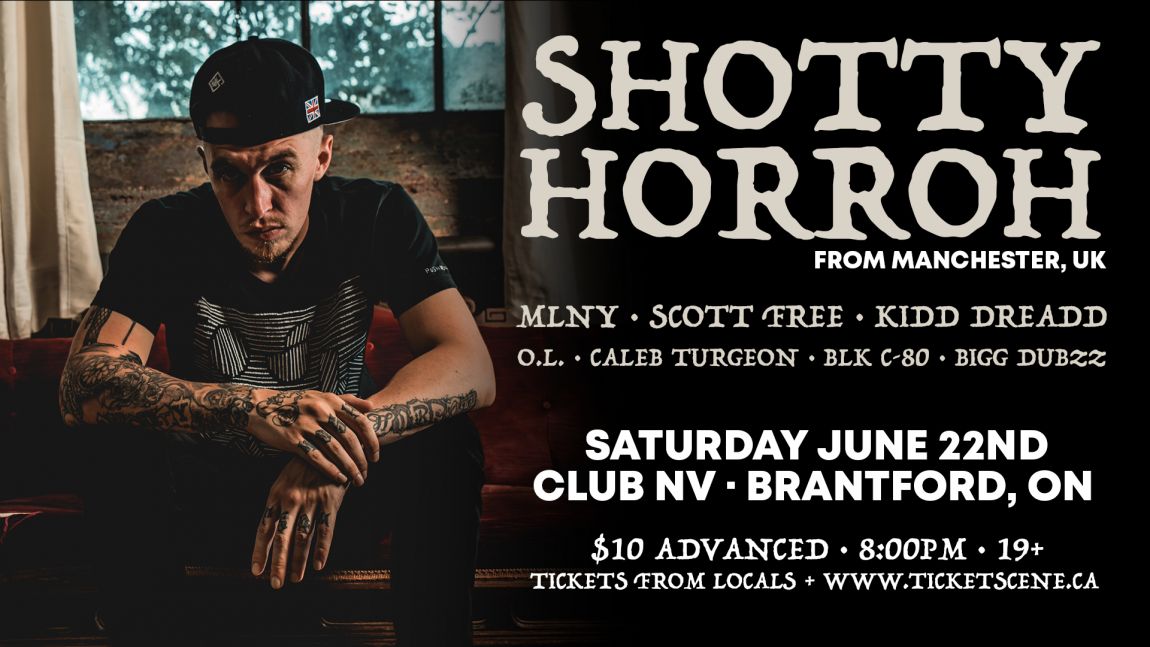 Adam Rooney (born 22 September 1986), better known by his stage name Shotty Horroh, is a British rapper, singer, songwriter and actor. In 2017, Shotty Horroh signed a four album record deal with Sony Music and released his major label debut album titled Salt of the Earth. He is also known as a battle rapper. A rap battle of his, with over 10 million views on YouTube, caught the attention of other artists, including Canadian electronic music producer deadmau5. deadmau5 and Shotty Horroh have collaborated on multiple songs; including "Are You Not Afraid" and "Okay", and most recently "Legendary".