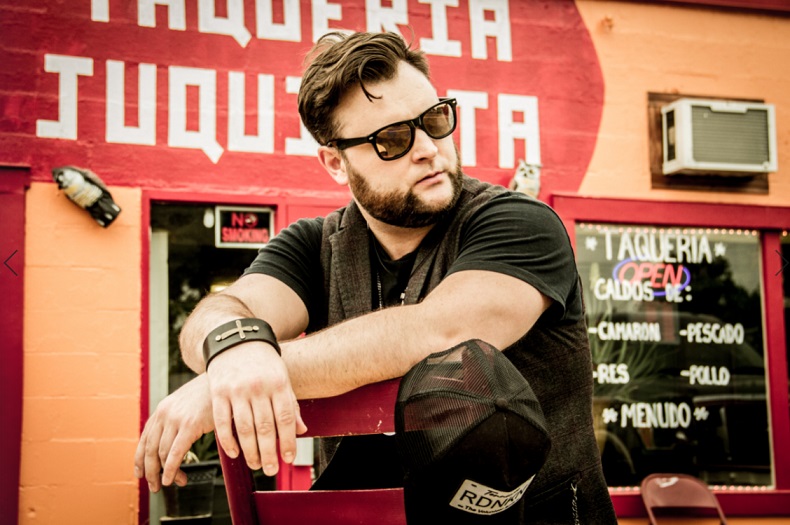 Chris Buck Band is ALL IN, and that’s the name of the new album, releasing February 8, 2019. From auspicious beginnings to becoming a top charting country artist, this Canadian Country band is ‘boots on; let’s do it’, and they do it well. One of the most streamed country music artists in Canada, and a group that’s consistently invited back to events, Chris’ songwriting prowess and love of music shines boldly through his songs, from the upbeat “Giddy Up” to the balladry of the Billboard top 20 radio smash “That’s When You Know”, and the viral country anthem “RDNKN”.

Though he played music from a young age, Chris Buck was inspired to go “ALL IN” and pursue a serious career in music after the death of a young musician friend whom he had mentored. For years the band rode the asphalt, growing a grassroots following before signing with Royalty Records / Sony Music Canada in 2016. Chris Buck Band’s self-titled 2017 debut on the label features 4x top 40 country radio hits, “Leave Your Light On”, “Giddy Up”, “Sun Sets Down” and “That’s When You Know” ft Kira Isabella. Along with Chris Buck, the group’s current line-up consists of guitarist Ryan Stead, bassist Matt Generaux and drummer Taylor Allum.

RADIO & STREAMING
• Over 6 Million Streams on Spotify, with over 1.1 million listeners over 80+ playlists, that’s 174,000 hours or 16 days!
• “That’s When You Know” has over 4 million streams alone on Spotify, and was the #1 most added single for 3 weeks to reach Top 20 on Canadian country radio
• “That’s When You Know” Video Premiered on CMT Canada & CMT.ca
• “That’s When You Know” spent 6 months on “Top 10 Most Wanted” on SiriusXM
• Trended on Shazam with over 25,500 followers
• Self-titled album released with Royalty Records / Sony Music Canada debuted in top #20 on iTunes
• “Sunsets Down” charted at #33 on Mediabase/BDS
• “Giddy Up” single hit #34 on Canadian Country Music Charts and aired on CMT Canada
• Over 700,000 views on Youtube and over 34,000 social media follows/likes (Facebook, Twitter, Instagram)
HIGHLIGHTS
• Winners of the British Columbia Country Music Award (BCCMA) for Album of the Year in 2017
• Nominated for Video of the Year at the 2017 Canadian Country Music Awards (CCMA) for “That’s When You Know”
• Winners of the BCCMA for Club Act of the Year in 2014, 2015 and 2016
• Nominated for Group of the Year, Video of the Year and Song of the Year at the 2016 BCCMA’s
• Winners of 1st prize in the Nashville 2016 UnSigned Only songwriting contest
• Winners of the BCCMA for Group/Duo of the Year in 2015.
• Played Boots & Hearts, Rockin River Music Festival, CNE, Nashville North, Stars & Thunder, Kootenay Country Music Fest, Sussex Summerfest, Sasktel Jazz Festival, Canada Day Summer Throwdown - Wasaga Beach, Manitoulin Countryfest, Rogers Hometown Hockey, Canadian Finals Rodeo, and many more
• Opened for Thomas Rhett, Sam Hunt, Nitty Gritty Dirt Band, Tim Hicks, Aaron Pritchett, Joe Nichols, and Old Dominion