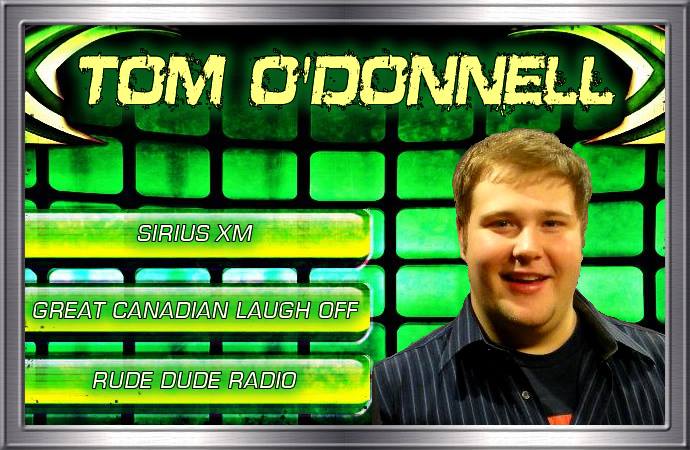 Blackball Comedy Saturday Pro Show will be at Rhapsody Barrel Bar in Kitchener, ON on Saturday, May 25, 2019. The doors open at 7:30PM, and the event will get underway around 8:00PM.

Tom O’Donnell is a stand-up comedian making waves in the scene with break out performances at festivals and clubs across Canada. Some of Tom’s highlights include: multiple performances at The Cottage Country Comedy Festival where he opened for Harland Williams, winning the Yuk Yuks Great Canadian Laugh Off in Kitchener, winning the title of Kingston Comedy Idol, and appearing in The April Fools Comedy Festival 2011. Tom is currently the host of Quick Charge TV on Rogers Television, recently starred in Sons of Terra Nova produced by Hell Creek Entertainment for CBC, and can be heard regularly on Sirius XM Satellite Radio. The 1.5 of Blackball Comedy always seen running the lineup & show every Tuesday, Badens hometown local hero will have you laughing, with his crowd work, blue collar work stories, and making fun of his family.