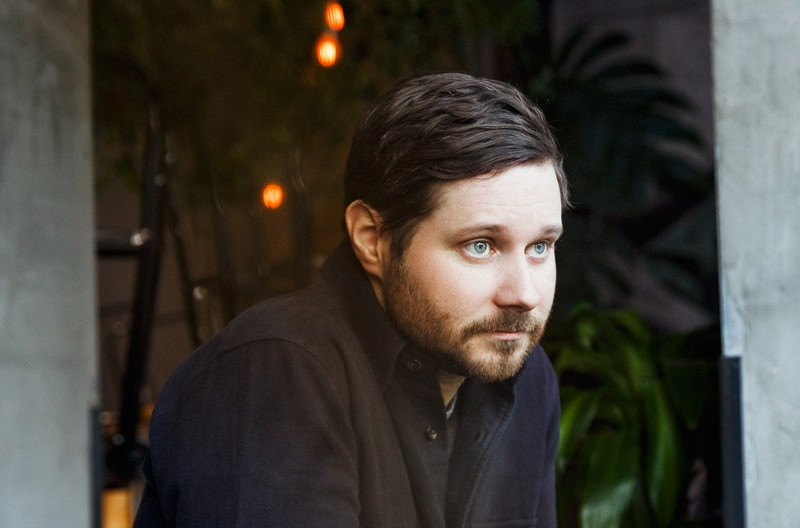 More or Less is about witnessing birth, and in some ways rebirth. It’s about feeling disconnected from a popular identity and becoming acclimated to a new one. It’s about raising kids in a turbulent world. It’s about unanswerable questions and kindness and friendship and fear.

This is my fifth album. I worked with some incredible people who have made many of my favorite albums. It was an important lesson in minimalism, and while their consolidated stamp on the album is vast, it’s a credit to their creative generosity that the result feels more like ‘me’ than ever.

In between recording sessions, I’d listen to Van Morrison’s Astral Weeks and Nick Drake’s Pink Moon. I’d think about how sometimes, what seems unfinished at genesis can feel more final when given a moment to settle.

In my twenties, I boxed my way from the corners of every noisy bar that would let me bring in my guitar. I was stubbornly optimistic.

When things began to click, it felt like I had the benefit of the doubt from every direction. I signed with my dream label. I even won some JUNO Awards and was nominated for the Polaris Music Prize a couple of times. I performed for Will and Kate.

My girlfriend Kirsten kindly tolerated these years of relentless touring and we got married in 2012. I remember having a lengthy and heated long distance call about our wedding guest-list while laying on an airport floor in Croatia.

I’d been touring non-stop for six consecutive years and the phone just kept ringing, but I felt my mind and body start to fail. When we learned that we were going to have a baby, I told my manager that I wanted to take a year away from touring. I felt I’d earned it. That “one year” away from the grind sort of slowly became six.

We had another kid. We nested. I swept the floor ten thousand times. I scored a film, and then some television shows.