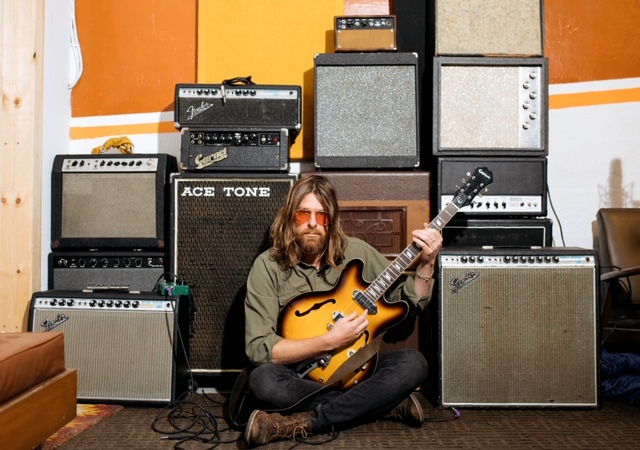 “I think if a song has meaning and is played with heart it can be done in a million different styles, tempos, time signatures, and colours.” - Matt Mays, 2018

“Once Upon a Hell of a Time... is a Saturday night record,” says Matt. “This version is for the hangover on Sunday.”

Re-contextualizing the songs offers a new window into the lyrics. What he once described as a “party-rock record for the brokenhearted” transforms into a reflective and beautiful dive into false escapism, grief, love, and loss.

The recording came amidst a particularly busy time for Matt Mays. During a period when he headlined his first Massey Hall concert and supported sold out shows with The Gaslight Anthem all over North America, Matt teamed up with co-producer Eric Ratz to record at studios around Toronto between touring commitments.

Twice Upon a Hell of a Time... was originally conceived as a straight-up solo interpretation, similar to the iTunes Session recorded with Ratz in 2011. As the songs took shape, however, Matt decided to incorporate extra vocals and instrumentation. Tapping musicians Aaron Goldstein (Daniel Romano, Lee Harvey Osmond) on pedal steel, Anthony Carone (Arkells) on piano, and guest singers Andrew Rodriguez, Kate Dyke, and Melissa Payne, the album’s arrangements are lush and large without straying from the ‘unplugged’ vibe he sought from the outset.

Lead track “Ola Volo” is inspired by a Vancouver-based mural artist of the same name who also created the original album art for both records. “Her paintings and drawings all have a theme that I picked up on,” says Matt. “There’s a lot of nature. To me, it’s from another dimension, a very curious dimension that draws me in. Her pieces are very edgy and real-life at the same time. I had this feeling that I’d like to be in one of her paintings, to live in that world that she’s created.”

Twice Upon a Hell of a Time... is available now on double vinyl, CD, and digitally.