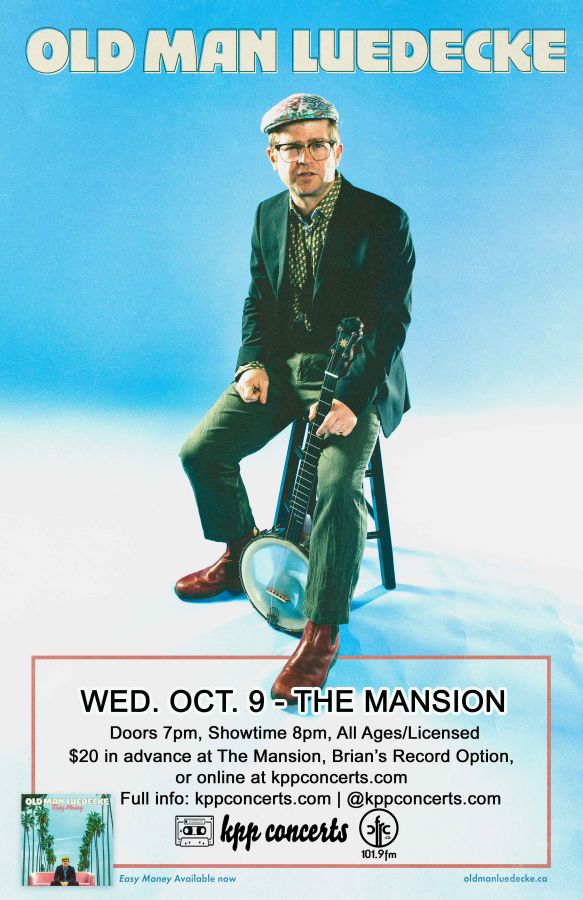 Doors 7pm, showtime 8pm.  This event is all ages and licensed.

He will be playing two sets with his full band!

Easy Money picks up where Old Man Luedecke’s award winning, and most successful release to date, Domestic Eccentric (2015), leaves off: four years farther down the road, dreaming about his ship coming in, still a parent but now grappling with the newness of middle age, dad jokes, love for an abiding partner, the death of a parent, along with some calypso-feeling local Nova Scotia history thrown in for good measure.

Composition and recording were both begun at the Banff Centre’s songwriter-in-residence program. It was there that Luedecke met the album’s producer Howard Bilerman of Montreal’s famed Hotel2Tango studio where the album was eventually recorded. The two hit it off when Luedecke composed “Easy Money” on the tracking floor on the first day of the program. Desperate for something worthy to use in his recording time, Luedecke channeled a traditional Christmas number he knew from a Harry Belafonte record and sang largely improvised verses into a winning tune that is sure to be a modern classic: Oh yes I need it, Oh yes I want it, I dream about easy, I dream about Easy money.” Don’t we all.