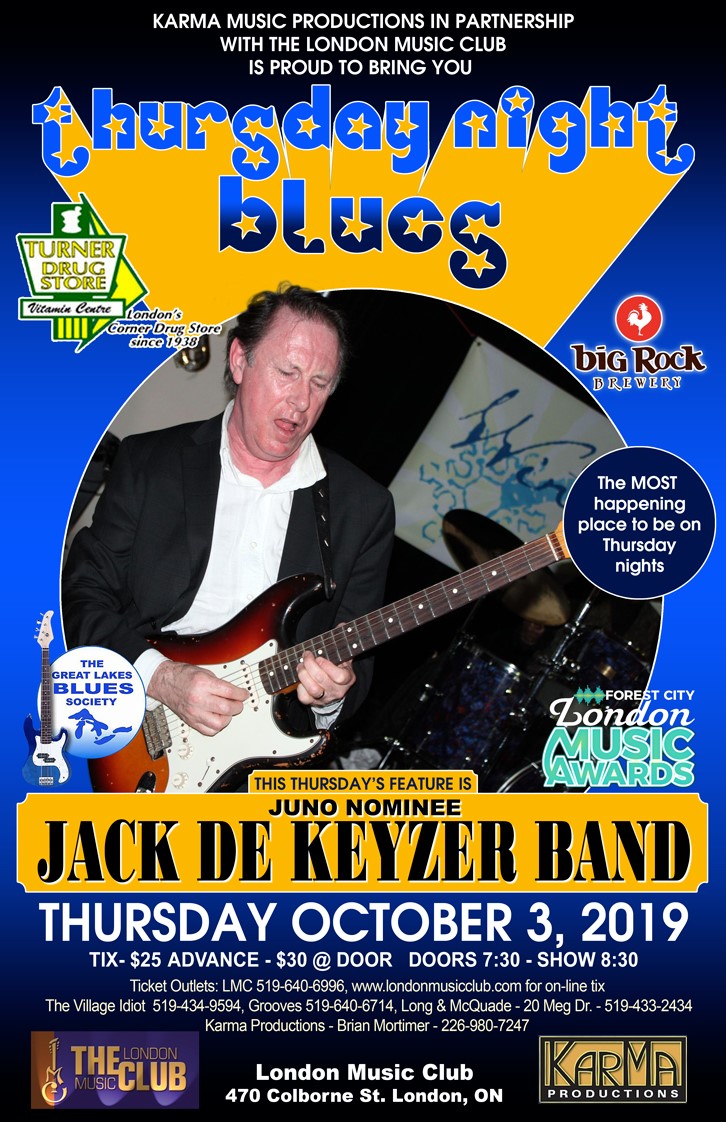 "The finest blues guitarist in Canada" Jeff Healey
"If Jack de Keyzer was from Chicago, New York or LA, he'd be famous" Bob Dylan
"Electric Love... a rock blues album with nods to guitar influences Clapton, Hendrix and Page... a disc of excellent new songs by a bluesman who should be considered their equal." (Maple Blues)
A much celebrated musician, de Keyzer has been nominated for the Juno (Blues Album of the Year) 5 times and won the Juno twice in 2003 and 2010. He has won 7 Maple Blues Awards (Canada's national blues awards) , first place in the International Songwriting Competition and won CBC's Great Canadian Blues Award from a poll of radio listeners. Always touring with an incredible band, Jack will have you rocking in your seat and swaying to his hot blues, soulful r&b and cool soul jazz. World class.