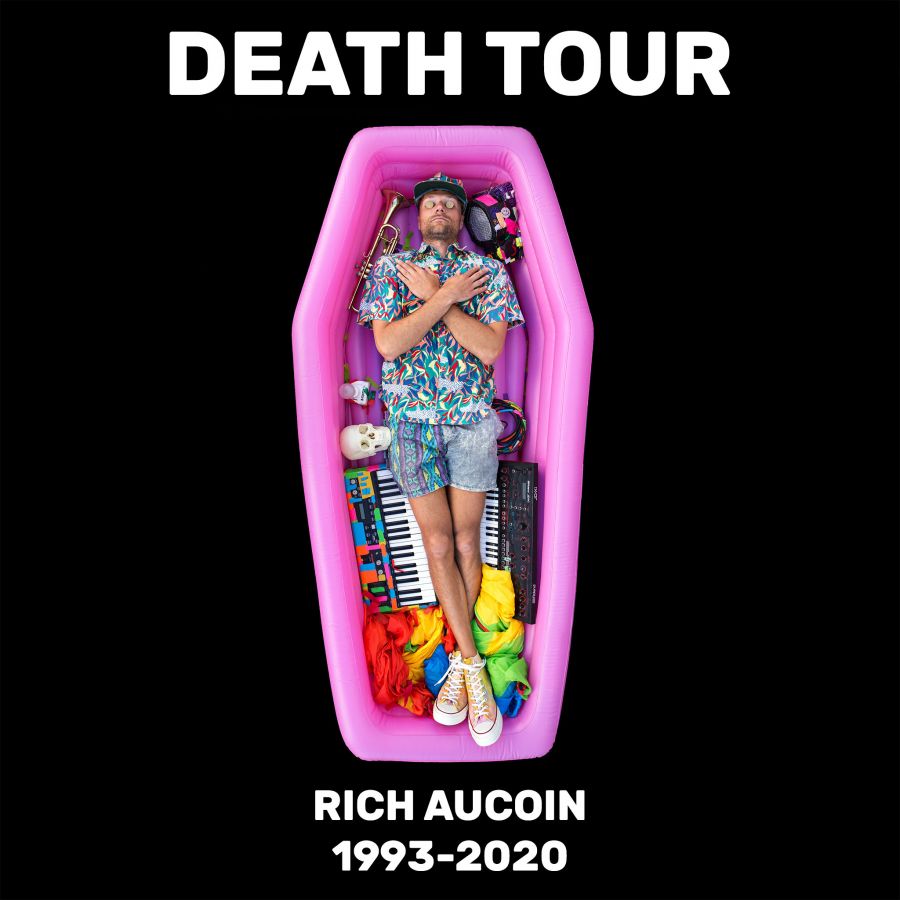 The cruelest irony of life is that we never feel more alive than when we’re staring down death. In those precarious moments, every fabric of your being is cranked up to 11: the uncontrolably pounding heart, the dizzy head, the fight-or-flight adrenaline rush that courses through your entire body. But even if you’re fortunate enough to have never endured a near-death experience, you’re well familiar with all those feelings—because they just so happen to be the very same physical sensations that overcome us when we’re approaching euphoria. (Not for nothing did the French nickname orgasms “la petite mort”—i.e., “the little death.”)

Since releasing his first EP in 2007, Rich Aucoin has made it his life’s work to transform our fear into fun, anxiety into ecstasy, panic into pleasure. A mad DayGlo-pop scientist in the tradition of Brian Wilson, Wayne Coyne, and Dan Snaith, Rich is the sort of artist who has no time for half measures, utilizing all the resources and connections at his disposal to ensure his every gesture is a Major Event. To wit, his first proper album, 2011’s W​ e’re All Dying to Live,​was a 22-track orchestro-rock magnum opus that, once you factor in the numerous choirs on hand, featured over 5​ 00​ collaborators. But making music is only half the story with Rich—each of his releases to date have been constructed in tandem with companion films made up of classic movies and public-domain footage that are meticulously edited by Rich himself to sync up perfectly with his songs. And those visuals form the backdrop to a now-legendary live spectacle that is less a rock concert than a secular big-tent revival, uniting congregations under giant rainbow parachutes and thunderclouds of confetti. At any given Rich Aucoin gig, there’s only one person in the room whose face isn’t frozen in a perma-smile: the poor bastard on staff who’ll eventually have to clean up a post-show scene that resembles a bombed-out party-favor store.

Rich’s sensory-overloading, synapse-bursting shows were initially a natural outgrowth of adapting W​ e’re All Dying to Live’​ s grandiose studio creations​ ​to live setting—a savvy means of distracting you from the fact that Rich was more likely to be performing with just five people ratherthan500.Forhis2014follow-up,E​phemeral,​Richdeliberatelydesignedthesongsto amplify that onstage energy, yielding a bounty of frenetic, electro-pumped motivational anthems powered by mass, call-and-response sing-alongs. But his latest, long-gestating masterwork, R​ elease,​ was born from a more insular, existential mindset. Pieced together over the course of three years, across five cities in 16 studios with 70-plus collaborators and over a hundred instruments, R​ elease​ presents Rich’s most musically elaborate, fully realized vision to date—which is saying a helluva lot, given his maximalist track record. If E​ phemeral​ was a ceaseless strobe-light flicker of a record, R​ elease​ is more a lava lamp—a record of slow-building, surprising mutations that invite more subjective interpretations.

Alice in Wonderland​ is a beloved children’s adventure tale filled with fantastical scenery and colorful characters; on the other, it can be interpreted as a metaphor for death, with Alice’s journey doubling as a trip from the living world into the afterlife. Likewise, the songs onRelease​ are radiant, psychedelic portals into the deepest, darkest corners of our subconscious, forcing us to confront our greatest fears in order to, if not defeat them outright, then at least learn to manage and acclimate ourselves to them.

The first voice we hear on R​ elease​ doesn’t belong to Rich. Over the percolating electronic beats of “The Base,” we’re greeted by the sampled voice of philosopher Sam Harris: “The past is a memory—it’s a thought arriving in the present. The future is merely anticipated—it is another thought arising now. What we truly have is this moment.” More than just posit a theory on the meaning of life, those words present a challenge—to let go of the ghosts that haunt you, stop worrying about what tomorrow what might bring, and embrace the here and now. Because pretty soon, it’ll be gone.

Where Rich’s past records encouraged group participation, R​ elease​ forges a psychic connection—a more cerebral experience, but no less communal. More than just inspiring fans to sing along, he’s inviting us to f​ eel ​together. And he’s asking for more of your patience this time—and more of your trust. R​ elease​ strives for the same delirious peaks as Rich’s earlier records, but takes more scenic and, at times, more challenging routes to get there (as to be expected from an artist who, in 2018, embarked on his second North American tour bybicycle)​.“Ican’tkeeponpushingthrough,”hesingsthroughthethickpsych-funkhazeof“The Dream,” before summoning his sax-wielding pal Joseph Shabason (Destroyer, The War on Drugs) to serve as the lighthouse guiding him to safe harbour. “The Other” may point the way to the dance floor with its ’90s-house pianos and Chic basslines, but as you’re going out of your head, you’re also venturing deep inside your mind to probe the insecurities keeping you from living life to its fullest. Even songs that seem headed down familiar paths lead to unexpected destinations. With “The Change,” Rich delivers the album’s most towering chorus—it’s his “Heroes,” his “Rebellion (Lies), his “All My Friends” all rolled into one. But it’s an anthem that’s unafraid to trip up its own momentum, halting its seismic drum beat for an extended ambient passage before rallying the troops for a grand finale. And through that haphazard song structure, the album’s theme is further reinforced: moments of bliss are fleeting, and we need to cut out the stressors in our lives in order to savor them as they’re happening.

As Rich travels further inside his wonderland, traditional songwriting logic gives way to pure transcendental exploration and mantric expression, as manifest in the hypnoticScreamadelica​ grooves of “The Fear” (propelled by guest guitarist Dan Mangan’s acoustic strums) and the Hacienda-bound synth-rock jam “The Mind,” where wordless vocals from Rich and Jenn Grant are spliced together in a gender-blurring barrage of morse-code tics. But with the climactic sci-fi lullaby “This Time”—the first song written for this record and, as such, its thematic anchor—Rich reaffirms R​ elease’​ s do-or-die mission in no uncertain terms: “This time is not enough/ this life is not enough/ our time is not enough/ and we can’t turn it off.” 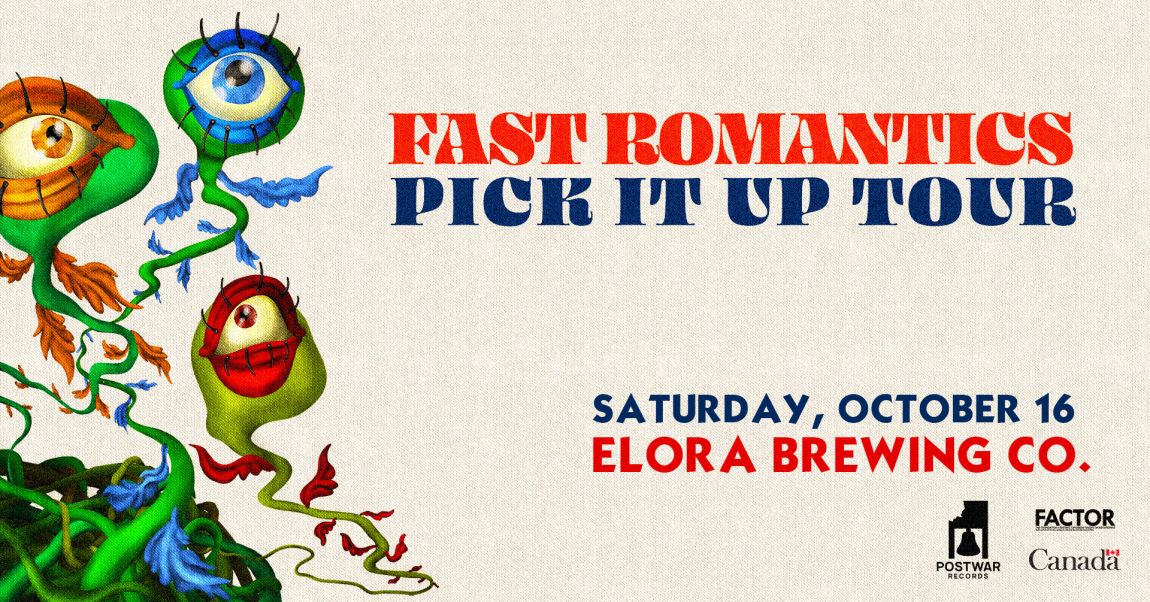 SOLD OUT
Elora, ON 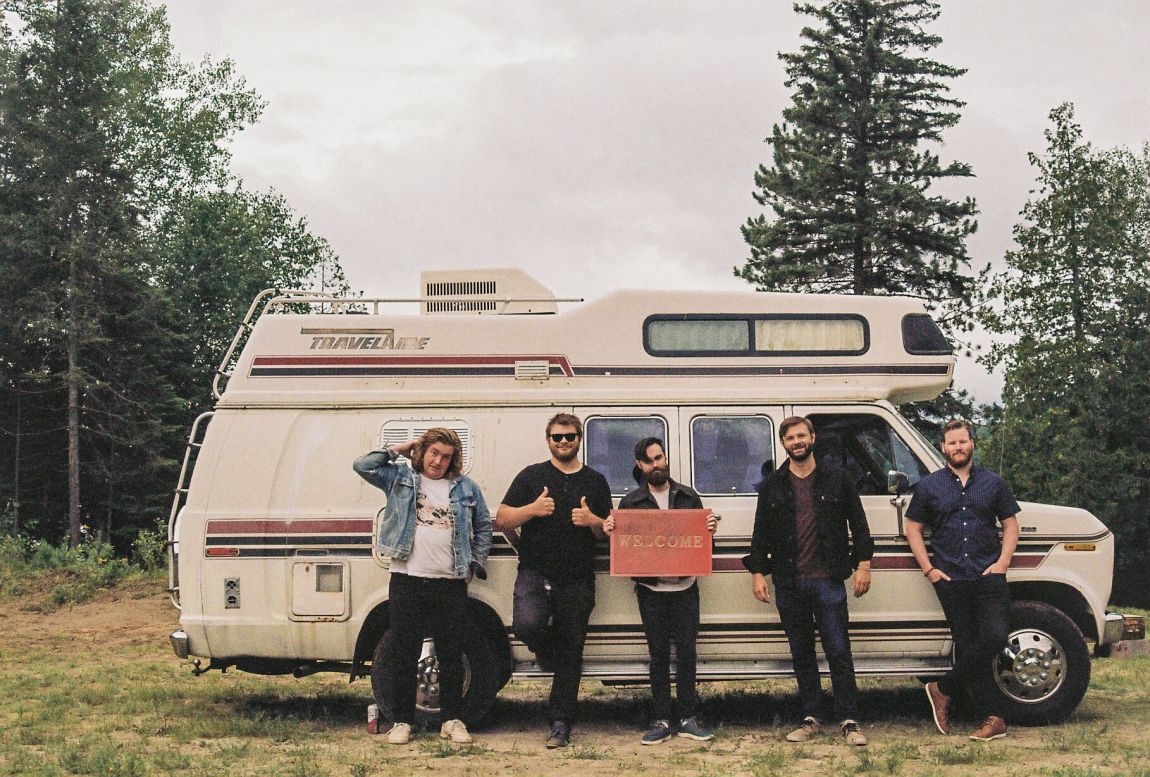