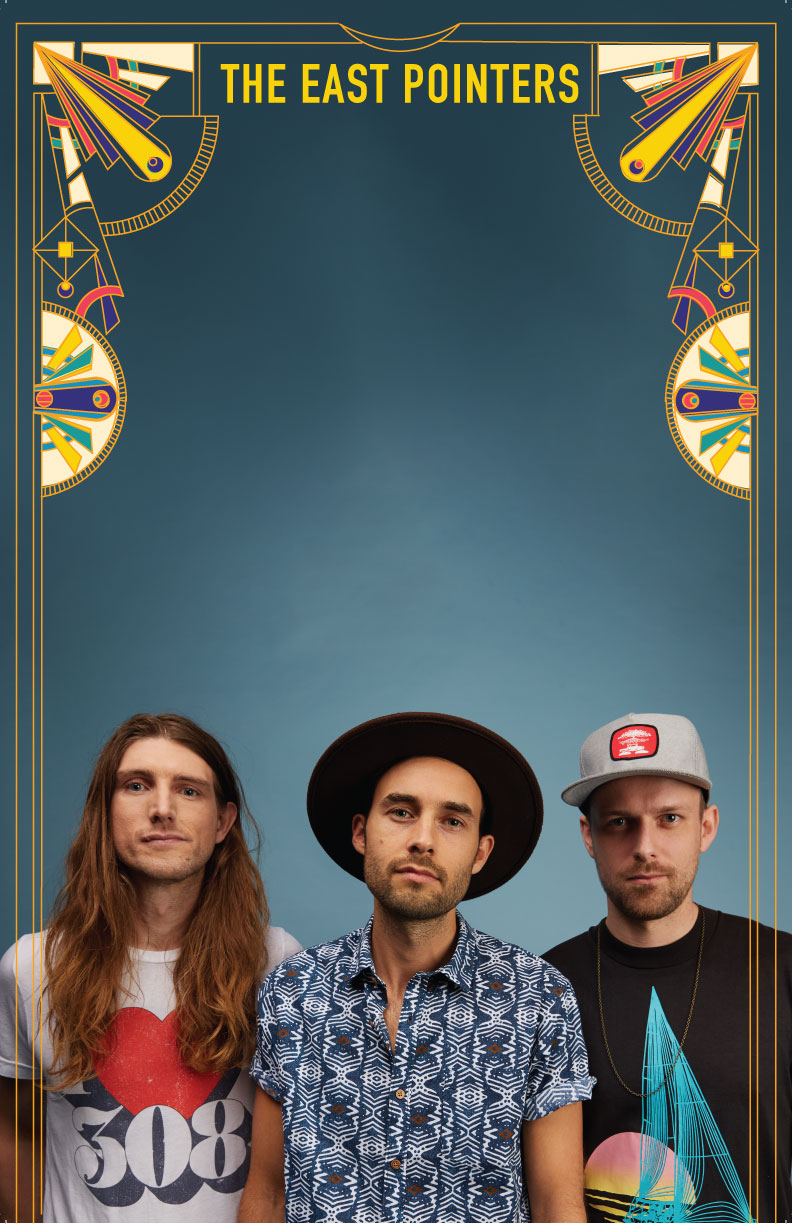 19+ • All tickets are GA • For dinner reservations, please call the brewery • $20 in advance, more at the door!

There’s a reason, beyond their dazzling musicianship and wildly entertaining live shows, that The East Pointers have connected with audiences right across the globe, making new, original roots music the hippest, most vibrant thing going.
The reason? The East Pointers - fiddler/singer Tim Chaisson, banjoist Koady Chaisson and guitarist Jake Charron – write about real life, sketching out its joys and sorrows in vivid strokes. That palpable authenticity makes their instrumental tunes practically cartwheel and infuses their lyric-driven songs with poignancy.
And it’s why listening to The East Pointers’ brilliant and hotly anticipated second album What We Leave Behind – produced by superstar East Coast-bred songwriter/producer Gordie Sampson – is akin to meeting up with an old friend.
As a follow-up to 2015’s internationally acclaimed, JUNO Award-winning debut Secret Victory, What We Leave Behind shares stories previously unheard but framed by a familiar context. The album reflects on the traditions of Canadian Celtic music, where it comes from, and what it means to the people, but also strides in new directions. With a captivating balance between their traditional-sounding instrumental tunes, and catchy radio-ready songs, The East Pointers reach out with open arms to a wide range of listeners, inviting them to discover a new love of folk music.
Never before have The East Pointers so deftly leveraged the whole spectrum of human emotion, drawing inspiration straight from the world they live in. That’s especially evident in a pair of striking new songs featuring Tim Chaisson’s lead vocals: the trembling first single ‘82 Fires’ and the melancholy ‘Two Weeks,’ co-written with Sampson amid recording sessions at Nashville’s famed Sound Emporium last winter, where What We Leave Behind was cut.
‘While in Penguin, Tasmania we spoke with an older gentleman, a lifelong resident, who said that there were 82 wildfires currently on the loose in Tasmania, the most in over half a century. It hit home the severity of what we were all experiencing.”, says Koady Chaisson. “It was a restless few days for us. Small human decisions about where to live or whether or not the show would go on didn’t matter, Mother Nature would always have the final say. Being in the middle of that brings an immediacy about it, you can feel powerless."
The plaintive ‘Two Weeks’ meanwhile, documents a passage depressingly common in the bands’ home province of Prince Edward Island and played out the world over in economically challenged communities: the need to leave home and travel far away from friends and family to find work.
“When I played that song for my mom, she said ‘That’s going to hit home for a lot of people,’” Koady Chaisson explains. “Many families are forced to split their time, with at least one member having to go out west - usually to Alberta - to make ends meet. It’s so hard. I did it, though luckily not for long, but there are people in my community going through it month after month, year after year.”
The flip side of What We Leave Behind - and indeed, of The East Pointers’ electrifying
concerts – are scorching instrumental tunes that yank the freewheeling, Celtic-goosed past into the present, defying anyone to sit still in their chair.
“Traditional music has always been at the core of what we do as a band,” adds Jake Charron. “There's something powerful about a style of music that has been passed on for generations around the world.” A new take on this tradition is evident in the spry ‘Party Wave,’ inspired by a thrilling surfing experience the band enjoyed in New Zealand, one of many countries The East Pointers visited during 10 months of touring last year. The tunes, written this past year on the road, take you on a journey, building with excitement before transforming into a full-on dance party.
Rounding out the album, the mournful ‘John Wallace’ - about a 19th century shipwreck off the coast of Prince Edward Island - and the mournful ‘Hid in Your Heart’ uphold the band’s devotion to documenting real life, tragedy and all.
What We Leave Behind carves a new path for The East Pointers, as they continue to blur the lines between traditional and popular music and develop a devoted fanbase around the globe.