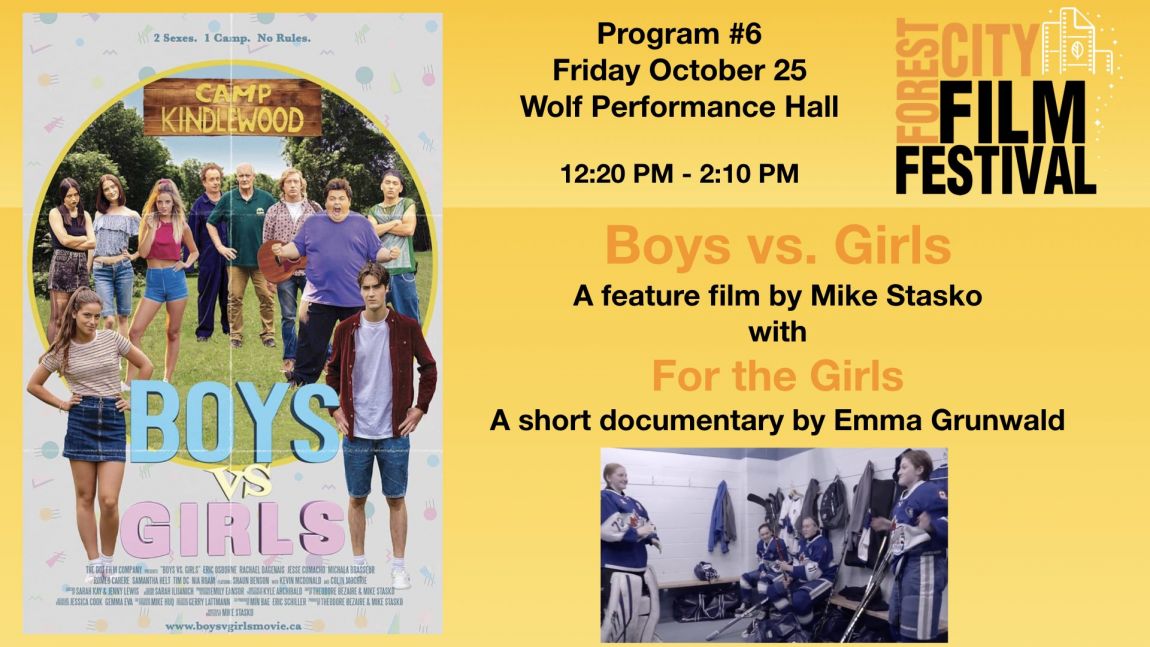 Featuring: Friday afternoon Feature and Short, For the Girls by Emma Grunwald, Boys vs Girls by Mike Stasko

This film documents 14 and 15-year-old girls who play for the Etobicoke Dolphins Bantam AA hockey team in the team's provincial championships while focusing specifically on three members of the team.  A film about dreams and goals.

Boys in July. Girls in August. And never the two shall meet. But in 1990, when summer camps around the country were being shut down in record numbers, Camp Kindlewood made the bold yet economically necessary move to turn “co-ed”. Can the boys and girls join forces in time to clean up the camp and save it from closing?