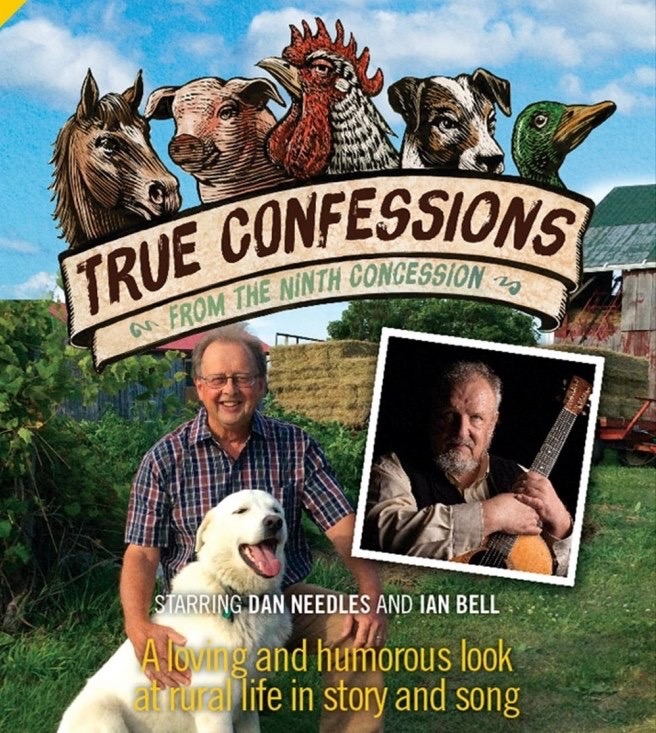 True Confessions From The Ninth Concession

True Confessions from the Ninth Concession is a loving and humorous look at rural life in story and song, starring Dan Needles and Ian Bell- both well-loved Canadian entertainers: Dan as a speaker and story-teller, and Ian as guitarist and singer/songwriter.

Author of the famous Wingfield Farms stories about life away from the city, Dan Needles won the Leacock Medal for Humour in 2004 and was appointed to the Order of Canada in 2016 for a body of work that celebrates the people of rural Canada.

Waterford native Ian Bell has been performing across Canada and in the United States since the late 1970s. He has appeared at many folk festivals home and abroad, and was a founding contributor to Stuart McLean’s Vinyl Café, Fresh Air and other CBC radio programs.

True Confessions From The Ninth Concession