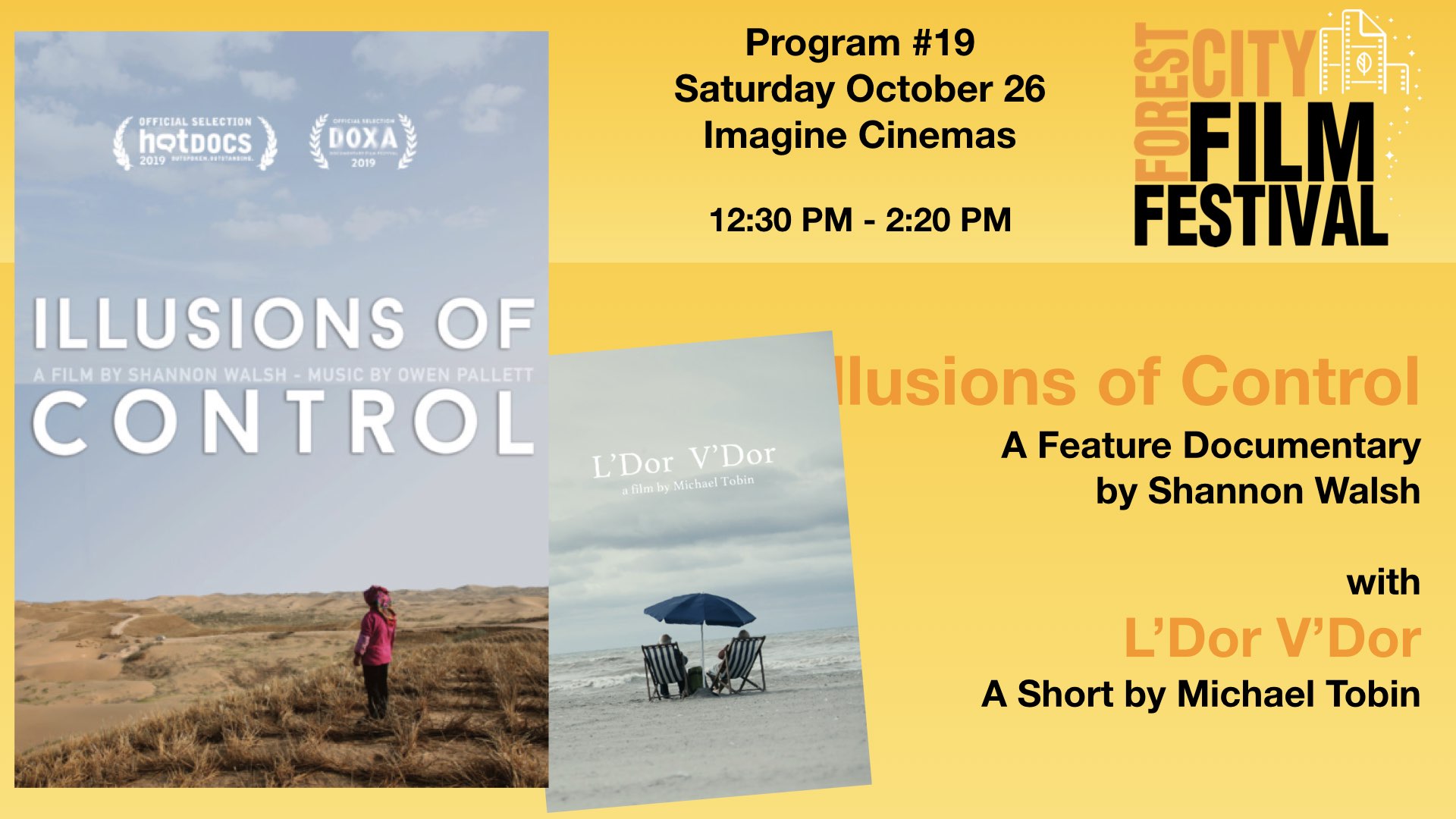 L'Dor V'Dor (Hebrew for From Generation to Generation) is about a father and son. The father fears his son is losing his religious identity. The son feels his father has lost touch with the modern world and wants him to adapt.

Illusions of Control follows five compelling and surprising stories of ways people live on in the wake of human-created disasters.