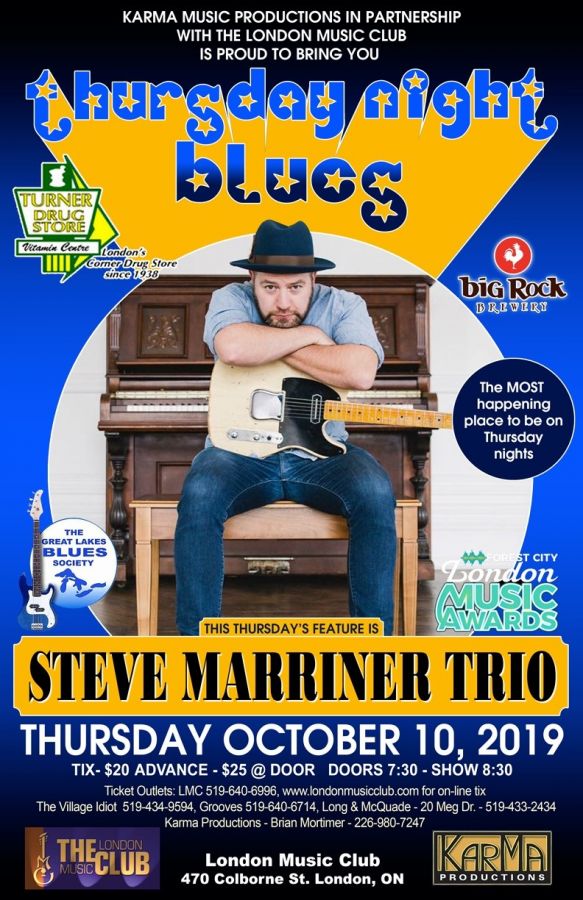 STEVE MARRINER TRIO
Steve Marriner is a dynamic and powerful performer. His incorporation of various styles of blues, roots and soul come together to form an original sound that is both deep and genuine. While he currently dedicates most of his time to fronting the acclaimed roots sensation "MonkeyJunk", Steve can often be found performing intimate solo shows and joining other artists as a dynamic sideman. He's won multiple Maple Blues Awards for Harmonica Player and Male Vocalist of The Year. As well as a 2012 Juno Award for Blues Album of The Year with MonkeyJunk. Originally renown for his prowess on the harmonica, Steve has become a multi-instrumental force in recent years adding bass, guitar, drums, and keys into the mix.