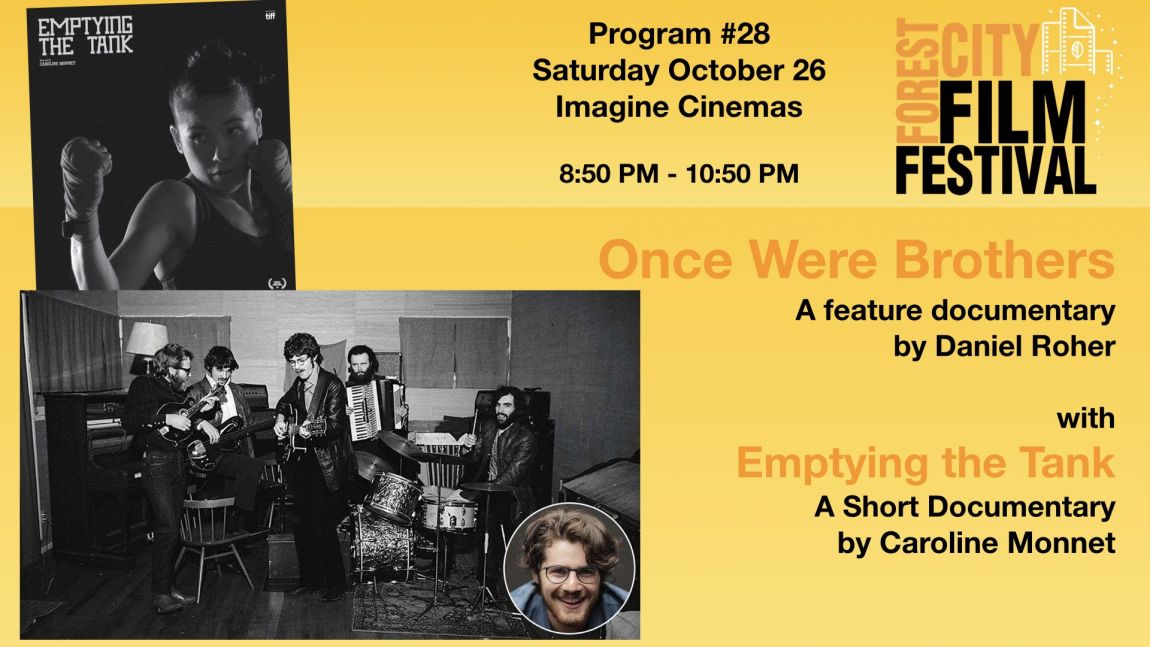 Featuring: Saturday Night Feature and Short at Imagine, Emptying the Tank - by Caroline Monnet, Once Were Brothers -

Once Were Brothers: Robbie Robertson and The Band

The story of a group that went from backing up Bob Dylan to become one of the most influential groups of its era.