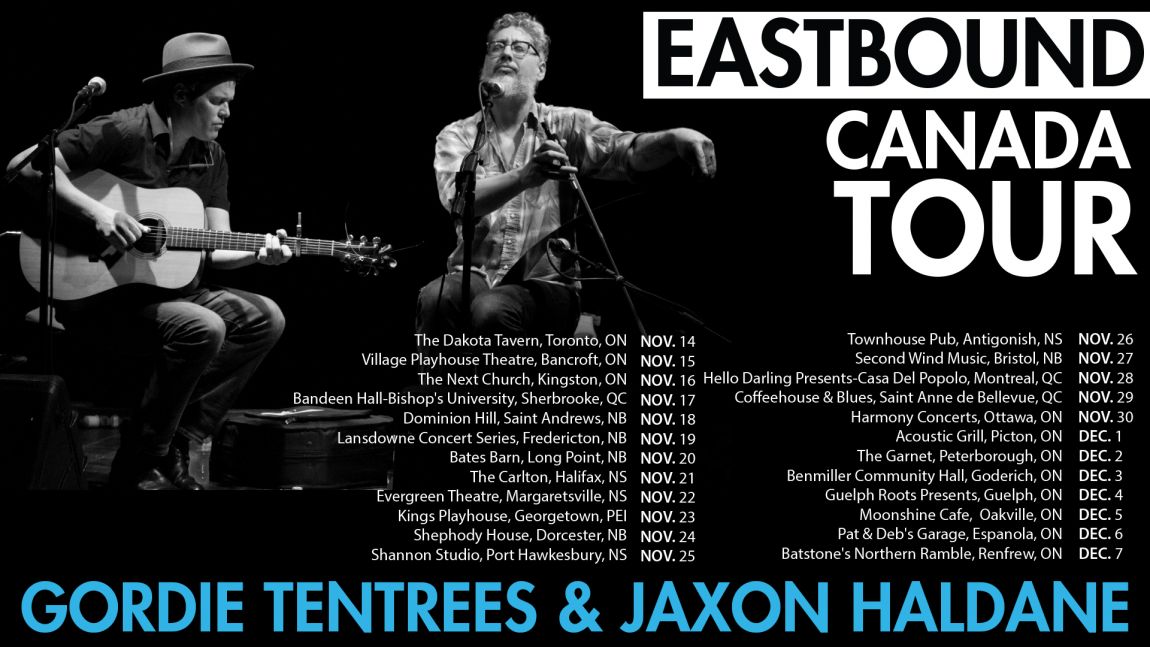 Reviews
"After over a decade of being road warriors, this freak folk duo
debuts on wax with a live album of tracks culled from various dates
that really rocked. An organic, back porch duo that owes a debt to the
leftists of the lefties, here's where you turn if you lean more toward
Holy Modal Rounders than Kingston Trio. As organic and holistic as
folk gets, this is the wild sound of freedom and the freedom to fly"
Midwest Record, USA

"Gordie Tentrees is a cross between Corb Lund and Stompin’ Tom
Connors. Much like Corb Lund, Gordie has a writing style all his own,
and much like Stompin Tom, I can imagine him playing anywhere – honky
tonks, beer joints, large theaters or stadiums – and commanding the
stage and crowd with his honesty, humor, and storytelling. Talent is
talent, and it’s clear when it comes to songwriting, Gordie Tentrees
has oodles to spare" ROOTS MUSIC CANADA