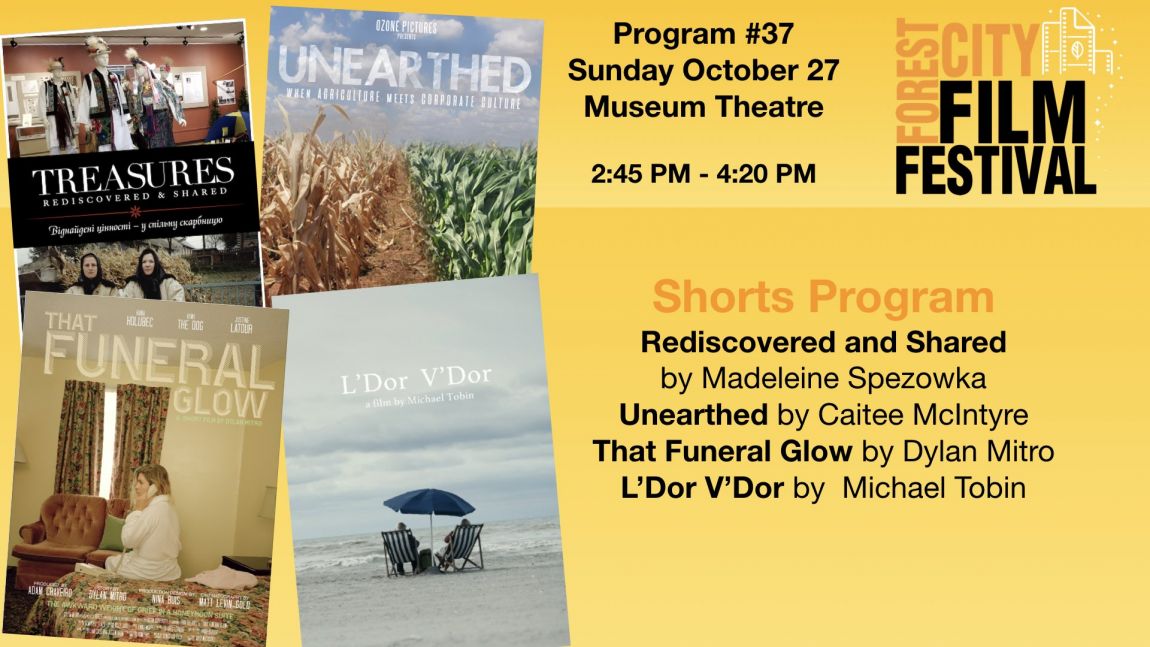 Danovia Stechishin has helped keep Ukrainian culture alive in Canada by collecting traditional pieces from Ukraine and bringing them to Canada for new generations.

A young journalist, whose ambition outweighs her opportunities, finally gets a break when a major agro-chemical company releases a line of drought-resistant seeds. Her suspicions grow as she starts to learn the seeds darker purpose.

L'Dor V'Dor (Hebrew for From Generation to Generation) is about a father and son. The father fears his son is losing his religious identity. The son feels his father has lost touch with the modern world and wants him to adapt.