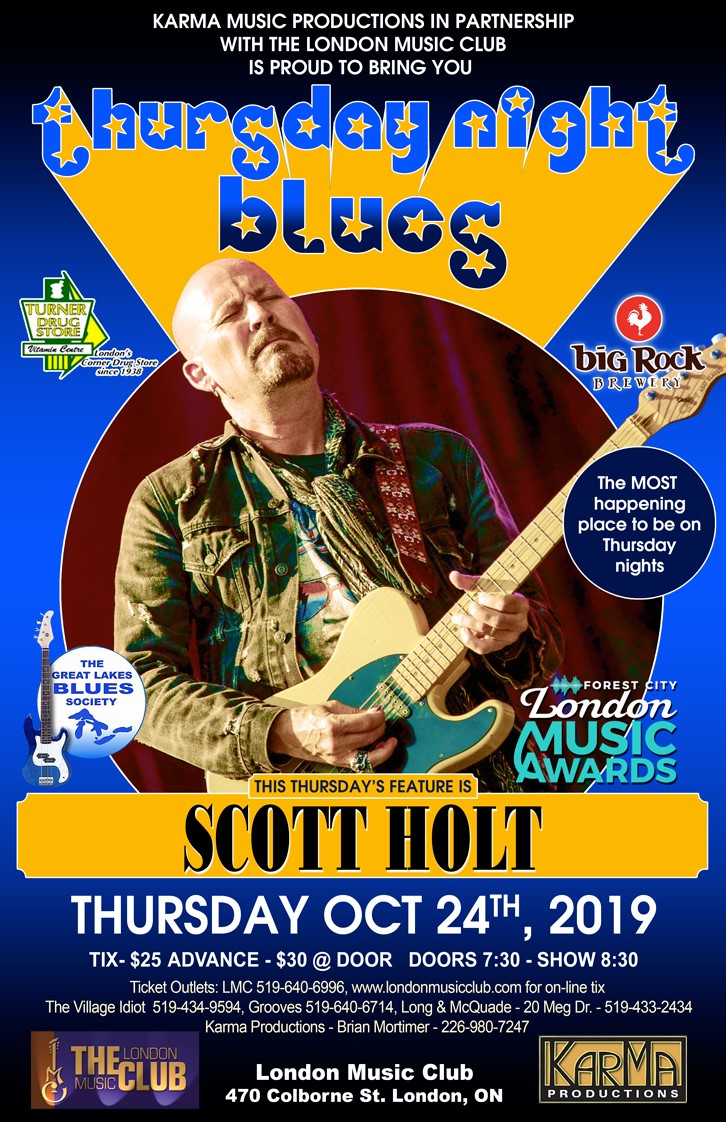 Singer/Guitarist/Entertainer/Songwriter Scott Holt has been carrying the Blues torch for his entire career. Born and raised primarily in Tennessee, he and his family also made homes in Texas and Mississippi. The lanky, tattooed Tennessean was "touring before I knew it was called touring! My family moved a lot when I was little so I've lived all over the place." After beginning his musical journey at 19 years old, Holt jumped on the fast-track by joining his friend and mentor Buddy Guy in 1989.

In addition to his tenure with Buddy Guy, which included recording the GRAMMY winning record Slippin' In, 2 appearances on Austin City Limits, an appearance in the major motion picture THINGS TO DO IN DENVER, Holt's 7 solo records have established him not only as a six-string virtuoso but also as a penetrating and soulful storyteller.