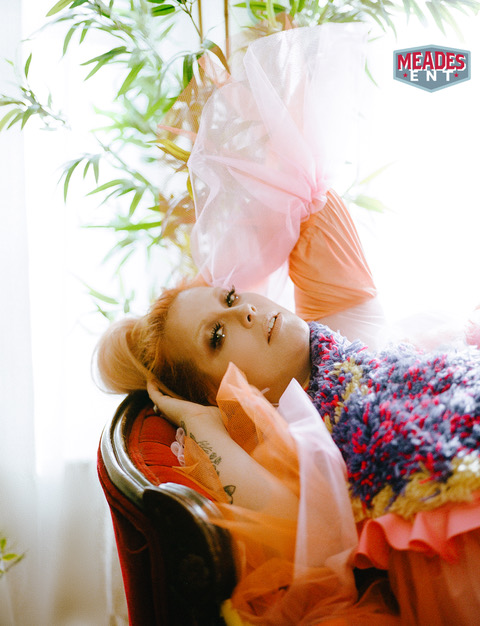 Begonia live at The Staysh

Begonia’s Alexa Dirks has never been able to fit into the box of being a "conventional woman". “I’m loud, I’m awkward and I’ve always taken up space. I've done things my whole life that some people would tell me weren't appropriate 'for a girl'.” That narrative that once tore Dirks down is now what empowers her to take charge of her own story, in her own way.

The Winnipeg-based Dirks is a Juno Award winner with her former group Chic Gamine. While she thrived off of the collaboration, once the band broke up she knew she was ready to go solo. Even though she was terrified to go out on her own, that feeling was a fundamental factor to positively reinforce that the path she was on was the correct one.

As Begonia, Dirks is bold, brazen with her florid, surprising pop that is tempered with sensitivity and wisdom. Dirks' first solo output with her 2017 debut EP, Lady in Mind, was well-received, being listed on NPR’s 10 Artists You Need To Know in 2017 and “Juniper” reached #1 on the CBC Music Charts in 2017. Noisey wrote that, “Begonia has one of Canada’s most extraordinary voices, and thankfully she uses it to obliterate the misery from this world one live performance at a time.” NPR wrote that Begonia is “the place where where synth-pop meets old soul and scrappy meets sexy."

Begonia’s songwriting style is largely autobiographical. “There’s always some element of me in these songs whether I like it or not,” she says bluntly. She gets to the heart of her subject matter, whether it’s learning to come into her own or confronting and processing a brutal heartbreak. Dirks’ intimate lyrics and audacious pop style sound allows for her audience to relate to the messiness of life with an honesty that is refreshing.

With Begonia’s debut full length album entitled 'Fear' expected next year, Dirks’ leans hard into a sense of arrival. Dirks wrote and co-produced the record with a familiar team: Matt Schellenberg and Matt Petters of Royal Canoe, along with Marcus Paquin, who has previously worked with The National, Stars, Arcade Fire, Local Natives, to name a few.

Begonia forms a special kind of musical translucence. A transparency of learning to unlearn some of the parts Dirks didn’t care to have, the ones she wanted to hold onto and nourish, and how that relationship can inform her music. On her latest single “The Light,” Dirks sings over soulful swells, her vocals curving around the notes of the song and making them explode as she bluntly tells us “hang up the phone and scream your name/ again, again/but I like the pain.” Who among us hasn’t wanted to rage and yell and yet curl into and find comfort in the things that brought us pain? Begonia explores the nuances of such heartfelt emotional experiences.

Looking back doesn’t often mean regret or remorse; mourning the version of you that’s no longer there. It may mean paying tribute to the mistakes, failures, and triumphs. Begonia is a celebration for the arrival of the person Dirks has become both personally and professionally; showing that some things can’t be contained, no matter how much, and that fundamentally they shouldn’t be either.

Begonia live at The Staysh