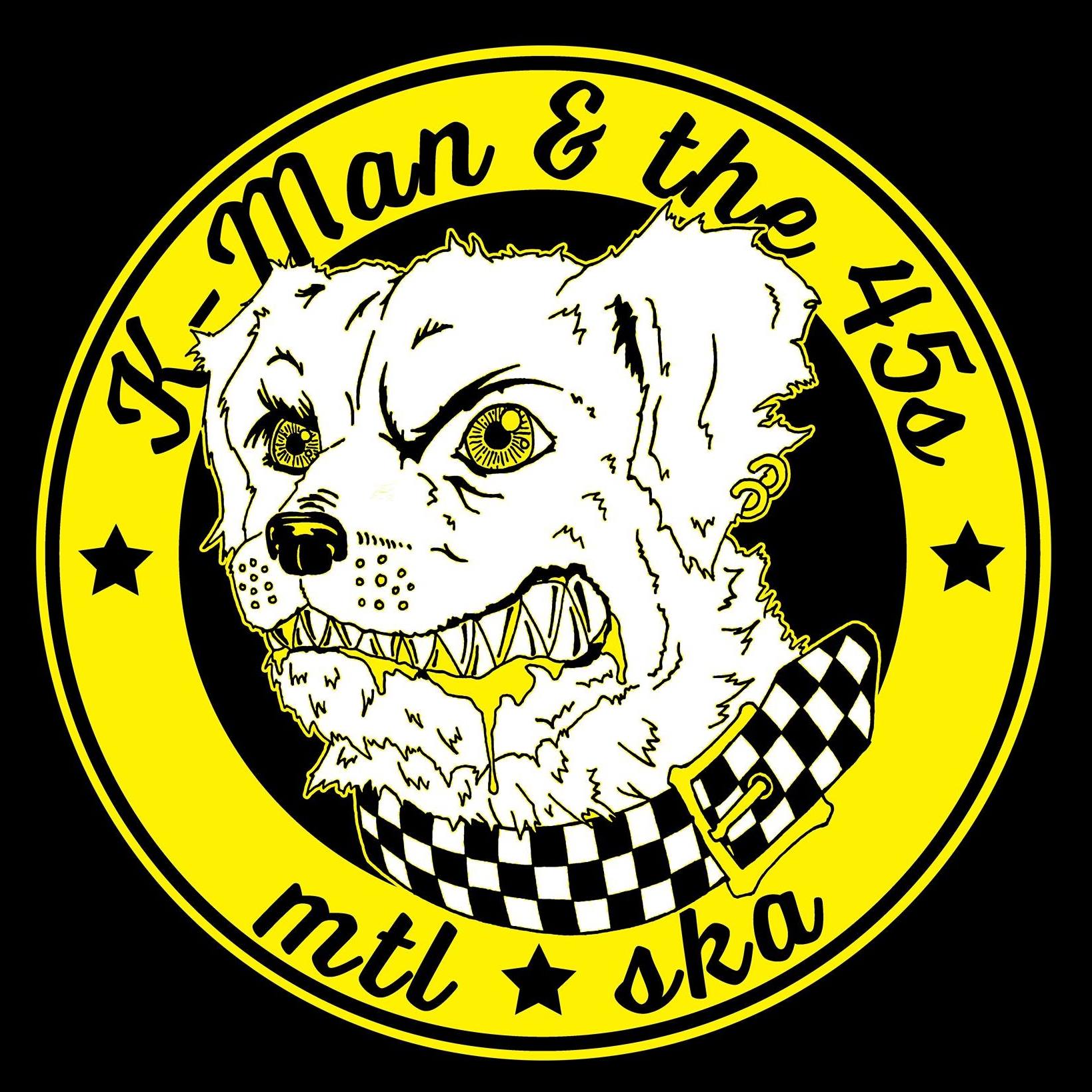 Featuring: K-Man & The 45s, The Abruptors

We all know that there's nothing quite like a ska show at a brewery, so the team at Riverfest are bringing another banger your way!

K-Man & The 45s (Montreal) are coming to the Elora Brewing Co. with their good friends The Abrubptors (Buffalo, NY)!

Show info:
We decided for the sake of the party, we would keep this one cheap and easy! Tickets are only $10 in advance and are available online or in person at the brewery! All tickets are GA standing room only. If you'd like to have dinner at the brewery pre-show, please call ahead to make a reservation!

K-Man & The 45s, where Ska meets Rock and Roll. This Canadian 5 piece band from downtown Montreal is as heavily influenced by old school ska as it is with classic rock n roll. With a fantastic horn section playing catchy melodic lines and blazing solos over an energetic rhythm section, they switch naturally from ska to rock and punk, with surf sounds often not far behind. They draw influences as much from 2 tone bands such as The Specials and The Beat as they do from The Ramones and The Cramps.

K-Man & The 45s has always felt more comfortable on the road than at home. They have toured the country countless times playing coast to coast. They've also shared the stage with a million bands including: The Slackers, Big D and The Kids Table, The Satellites, The Original Wailers , The Planet Smashers, The Brains and I could easily fall in to simple name dropping here and go on and on. No stranger to the festival scene they have headlined The Ottawa Ska festival, The Montreal Skafest, Music For The Masses and headlined a bunch of others including NXNE, KOI music fest, Festival de la Gibelotte… you get the idea.

Since the release of the 2016 self-titled debut on Stomp Records, K-Man & The 45s have played countless shows across Europe and North America, headlined a ton of international festivals and shared the stage with labelmates The Planet Smashers, The Brains and Voodoo Glow Skulls just to name a few. Their ultra-upbeat blend of ska, punk and rock n’ roll has packed venues, dives and jukejoints in over a dozen countries and has made them an absolute fixture in the Montreal scene.

Stand With The Youth features 12 tracks of high energy steady-rocking Ska punk gems. The title track was inspired by the students and youth movements rising up against gun violence and finding their voice. K-Man felt that, on most issues, he had a lot more in common with the youth of today than the old goats in power and needed to show some support. While the album at first appears to tackle many of the important subjects of the day, the band chose to follow in the path of ska pioneers to present a positive, hopeful, rebellious, uplifting and sometimes humorous point of view…not an easy thing to do at all. The song “Don’t Touch It” deals with drug addiction and homelessness in an all out punk rocking blitz. “Free To Go”, with its infectious dancehall groove, speaks to domestic violence and the feelings of being trapped while still somehow remaining optimistic.

There was no direct intention to write an album that covers so many issues such as mental health, addiction, homelessness, violence, spousal abuse, and gentrification. It just happened to turn out that way. Of course it can’t all be serious as the band firmly displays their unique sense of humor in the “Space Thriller” (250K+ views on YT) sequel “Hero With A Death Ray” and singing about the pure pleasure of a cook-out in Jamaica. They also threw in a Ska cover of Chuck Berry’s “You Never Can Tell” for good measure.
For fans of: The Specials, The English Beat, Mad Caddies, The Planet Smashers, Sublime

“The band creates a contagious proposition from a fusion of ska and rockabilly spiced classic rock ‘n’ roll with plenty more involved, a recipe providing their finest feast of sound yet within their self-titled full-length.” – RingMaster Mag

“With a fantastic horn section playing catchy melodic lines and blazing solos over an energetic rhythm section, they switch naturally from ska to rock and punk, with surf sounds often not far behind.” – XS NOIZE