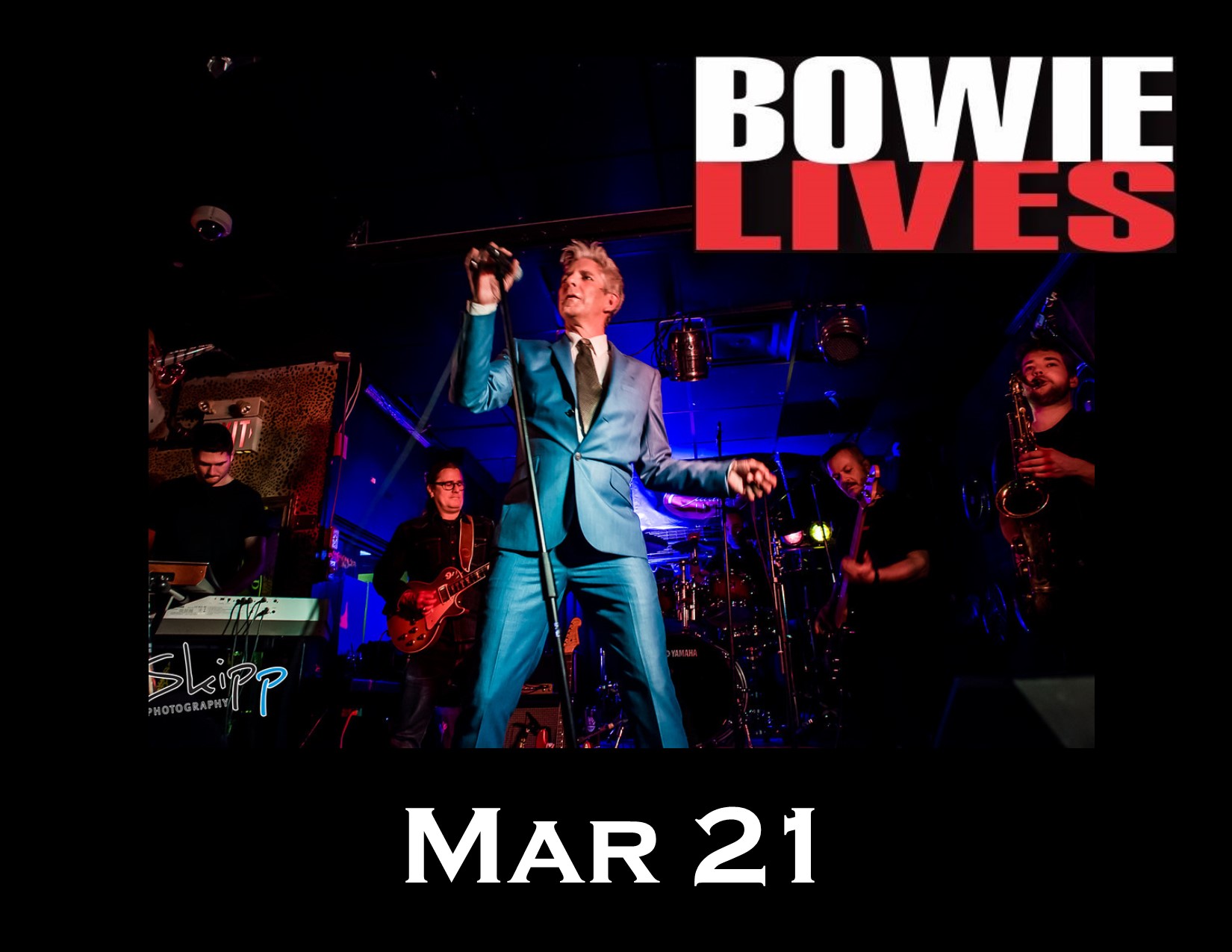 A David Bowie Tribute Band & Experience
Michael Bell is an award winning vocalist and songwriter and no stranger to the music of David Bowie. His first theatrical production "Changes All Bowie" toured the "A circuit" in the late 80's and included 8 costume changes, dancers, theatre props and a custom recorded musical accompaniment. He hung up his "Ziggy" in the early 90's and never imagined professionally performing Bowie again! After David's untimely death January 10, 2016, his calling returned, as did the industry interest. Contacting long time musical director Michael Beaclerc, they began auditioning players to fill out a band capable of performing some of Rock's most challenging material.