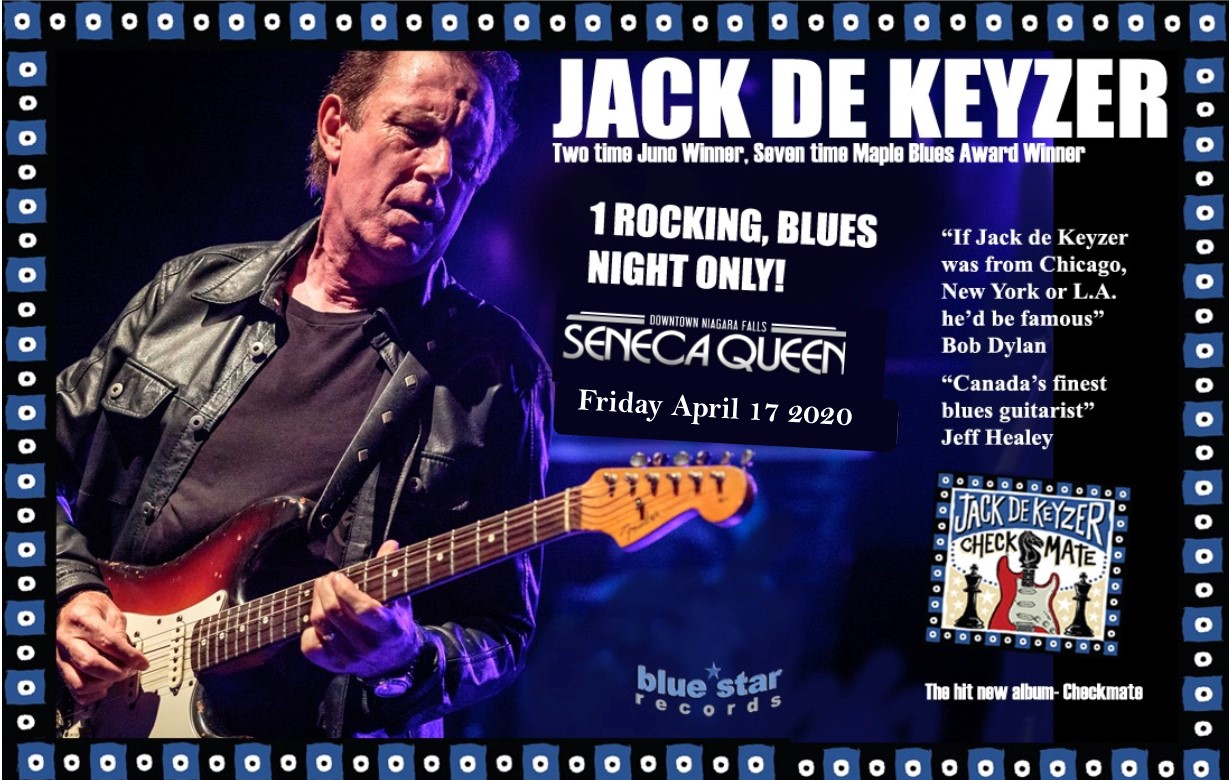 Two time Juno and eight time Maple Blues winner, blue star recording artist Jack de Keyzer returns to the Seneca Queen with his band for the Checkmate tour. This electrifying tribute to the classic blues of Albert King, Howlin' Wolf, Elmore James and Robert Johnson is a must see show by Canada's own King of the blues.

Jack de Keyzer plays the blues world wide. One of Canada's most awarded and in demand blues guitarists he has released 11 CD's and 1 DVD. An exciting live performer, soulful vocalist and world class song writer, de Keyzer performs an average of 150 shows per year and has wowed audiences at many major Jazz and Blues Festivals. In addition to the Juno and Maple Blues awards, de Keyzer won 1st place in the International Songwriting Competition and CBC's Great Canadian Blues Award from a poll of radio listeners. Always touring with an incredible band of top musicians. https://www.jackdekeyzer.com