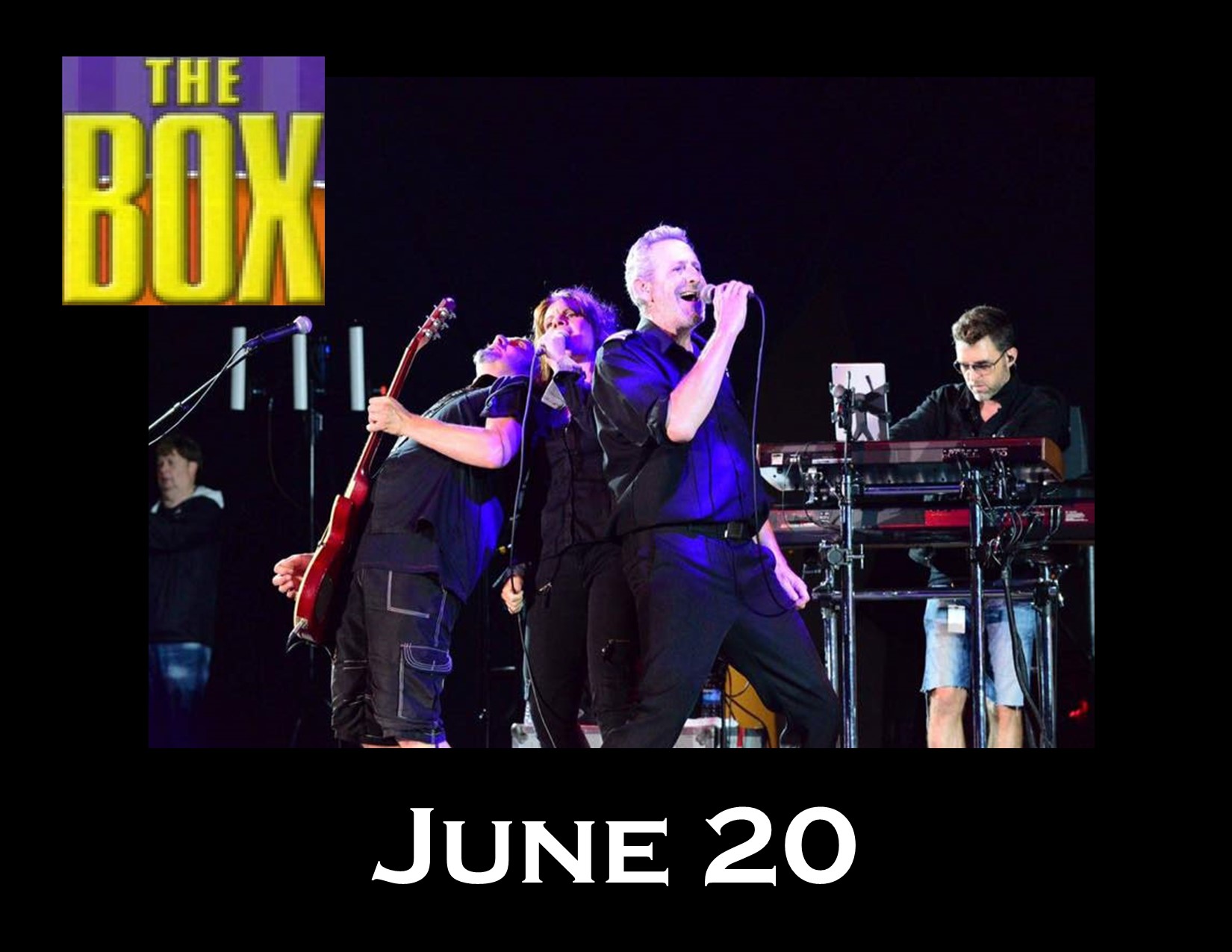 The Box - Canada's Closer Together Tour 2020

The Box
Canada's Closer Together Tour 2020
The Box was a Canadian New Wave group from Montreal in the 1980's. A new lineup of the band was introduced in 2003.
Formed in 1981 by Jean-Marc Pisapia, an early member of Men Without Hats. He recruited guitarist Guy Florent and bassist Jean Pierre Brie for the band, who were originally known as Checkpoint Charlie before settling on the name 'The Box'.

"Closer Together" (1987) was the band's most commercially successful album. Featuring the hit singles "Ordinary People", "Closer Together" and "Crying Out Loud For Love", the album was certified platinum. Backing vocals on the album were provided by Sass Jordan and Martine St-Clair.

The Box - Canada's Closer Together Tour 2020