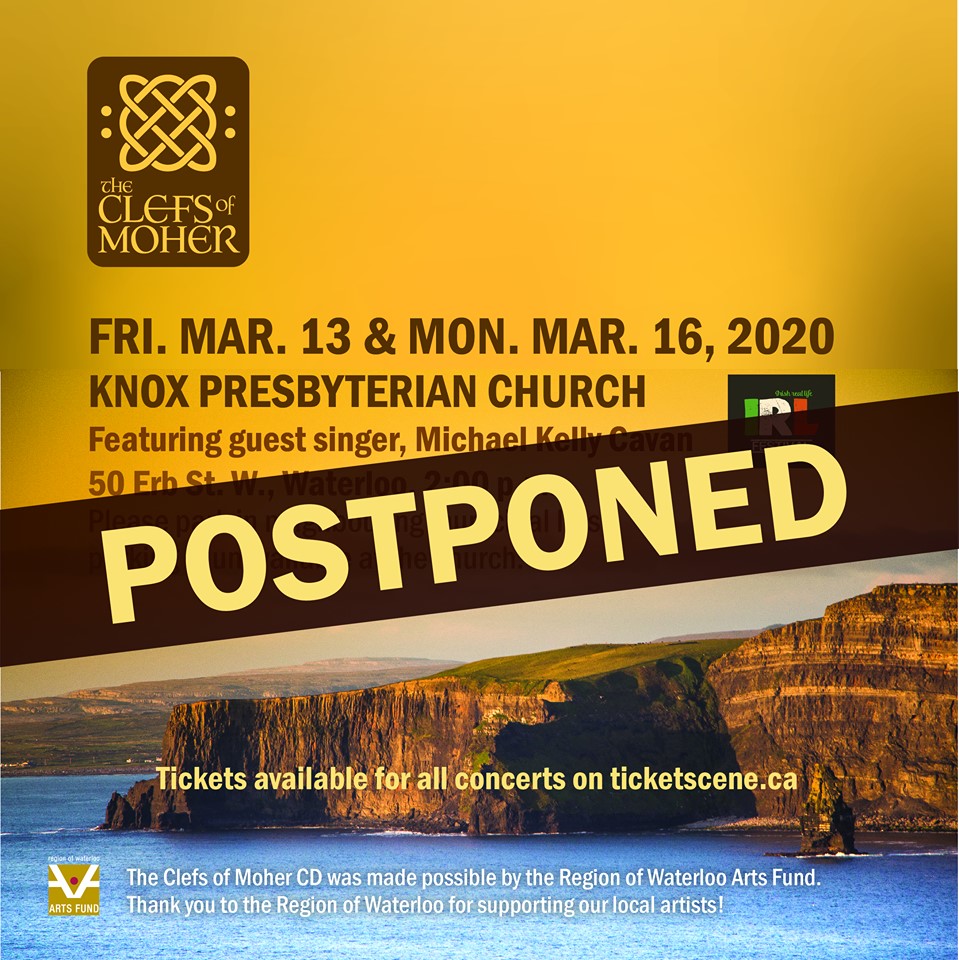 Clefs of Moher "A Musical Tour of Ireland"

The Clefs of Moher was formed in 2014 specifically to perform for an annual series of Multiple Sclerosis Fundraisers at the Conrad Centre for the Performing Arts in Kitchener, Ontario. This Celtic-inspired modern 11-piece jazz ensemble had so much fun bringing down the house for those events, that they couldn’t wait to do more. They went on to play the Registry Theatre (Kitchener) and the Jazz Room (Waterloo) annually from 2017-19. More recently, the large ensemble was revived due to popular demand to play the ‘First on Stage Series’ at First United Church (Waterloo) and the Sun Life Financial Uptown Waterloo Jazz Festival. Some of their spirited original compositions have been aired on CBC Radio and CKWR. Of note, one of Tim Moher’s hits - Wicklow Mountain - was performed on CBC across Ontario featured on Craig Norris’ programme “In the Key of C”.

The Clefs of Moher’s Celtic Jazz catalogue of compositions was co-written by Tim Moher, Paul Stouffer, and Rick Hutt , who are excited to announce that this collection of Celtic Jazz originals will be released in the spring of 2020.

The Clefs of Moher is available for your events and is flexible in size to fitt your stage or budget. These talented artists can pull off big sound with as few as 8 players. Instrumentation includes saxes, keys, bass, guitar, drums, ddle, French horn, cello, penny whistle/Uillean pipes, trumpet, and percussion. The eight piece band is perfect for small clubs while the entire eleven-piece ensemble showcases the full arrangements for a festival or larger indoor venues. This performance will feature the wonderful Michael Kelly Cavan.

Clefs of Moher "A Musical Tour of Ireland"