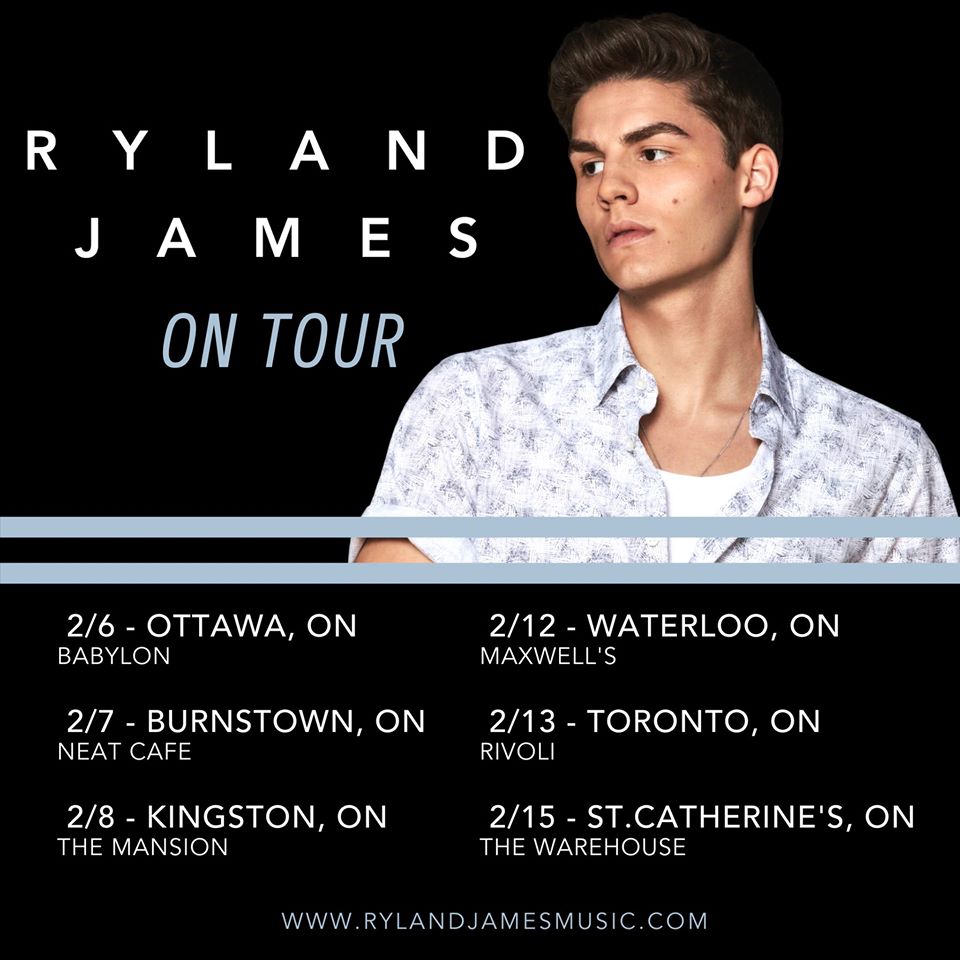 Ryland James knows exactly where he should be. On the edge of the stage, under the spotlight, and behind a microphone, the Ontario-born singer and songwriter thrives. In this space, the artist’s voice rings out with a bold balance of passion, panache, and power, coursing through everything from the verses to the vibrato. His fusion of gospel roots, gritty soul, and anthemic pop resounds straight from the heart in the most direct manner imaginable.

“I love to stand at the front of the stage and just sing,” he exclaims. “There are no bells or whistles about it. It’s simple in that respect; I love being a singer. I want to continue to develop my voice as it really defines my artistry at the core.”

That voice already carried him a long way from his hometown of Deseronto, Ontario. A Canadian town of less than 2,000 people, a two-hour drive separates it from Toronto as the nearest major city. With grandma playing gospel piano, Ryland started singing almost as soon as he could talk. Inspired by everyone from vocal powerhouses a la Michael Bublé and Josh Groban to pop titans such as Justin Bieber and Michael Jackson to soul favorites Whitney Houston and Aretha Franklin, he consumed music voraciously and honed his voice in the process.
Additionally, he joined a personal hero—Alessia Cara—on a spring tour throughout Canada. The jaunt marked something of a full circle moment.“Before I signed, I was back home doing covers in the basement,” he recalls. “My family and I drove all the way to Toronto in order to maybe see the MuchMusic Video Awards. We didn’t have tickets or anything, so we paid $20 to climb on the roof of Pizza Pizza and watched Alessia’s performance from there. I always related to her lyrics so much, and her first album was huge for me. It was a special thing to see her like that. I had a vision where I knew I would open up for her at some point—and it actually happened,” he smiles.

“In high school, I was a loner,” he admits. “I felt like I didn’t fit in. I’m from a super small town that I love, but a lot of people didn’t understand what I was trying to do back then. Alessia’s lyrics and music helped me get through it.

Returning from the road, he kicked off his biggest and boldest chapter with the 2019 single “In My Head.” Co-written amidst trips to Stockholm and London (which yielded nearly 100 original compositions), the track highlights Ryland’s poetic songcraft and expansive vocal range over shuddering piano chords. The vocals reverberate with a combination of urgent immediacy and palpable emotion.
“The concept really resonates with me personally,” he continues. “It’s about a relationship where things aren’t going so well anymore. It’s becoming toxic. At that point, it falls apart, and you never see each other again. Even though you break up, you still have those memories in your head and think about them. It’s one of my favorites to perform.”

In the end, Ryland makes a connection every time he picks up a microphone in the studio or on stage.
“When I write music and perform it, my intent is always to deeply impact people and make them feel something,” he leaves off. “My songs have different messages. I’m telling so many stories, and I’d love for audiences to apply them to their own lives. When a song connects, I know I accomplished my goal.”