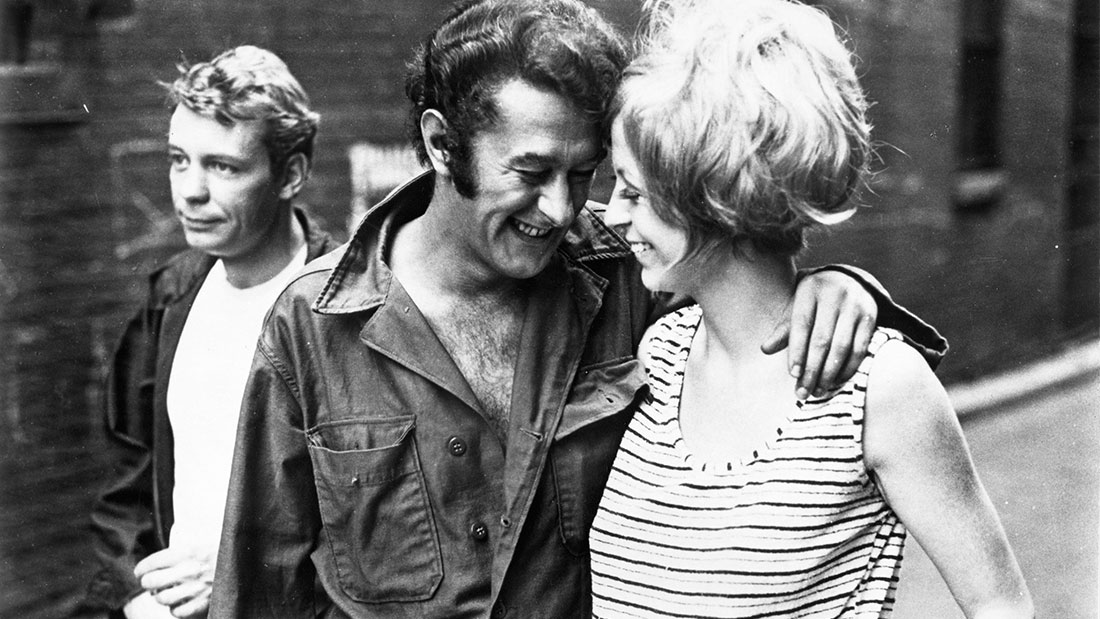 GOIN' DOWN THE ROAD

Featuring: GOIN' DOWN THE ROAD

The Kingston Canadian Film Festival presents GOIN’ DOWN THE ROAD

Released in July 1970, Goin’ Down the Road ushered in the modern era of English-Canadian filmmaking.  Pete and Joey migrate from Nova Scotia’s economic dead end to the promise they imagine in the big city, a new Toronto of chrome and glass, but also an understory of bug-infested rooming houses and the pop bottling plant that, for a while, provides them a minimum-wage living.  Director Don Shebib and cinematographer Richard Leiterman captured the late 1960s scene with a documentary eye, and William Fruet’s carefully crafted screenplay conveys a fable of hope and, as Bruce Cockburn’s song puts it, “hard times sold in vending machines.” Don Shebib will attend this silver anniversary screening of an instant classic and popular success when it appeared on Canadian cinema screens, 50 years ago.

GOIN' DOWN THE ROAD