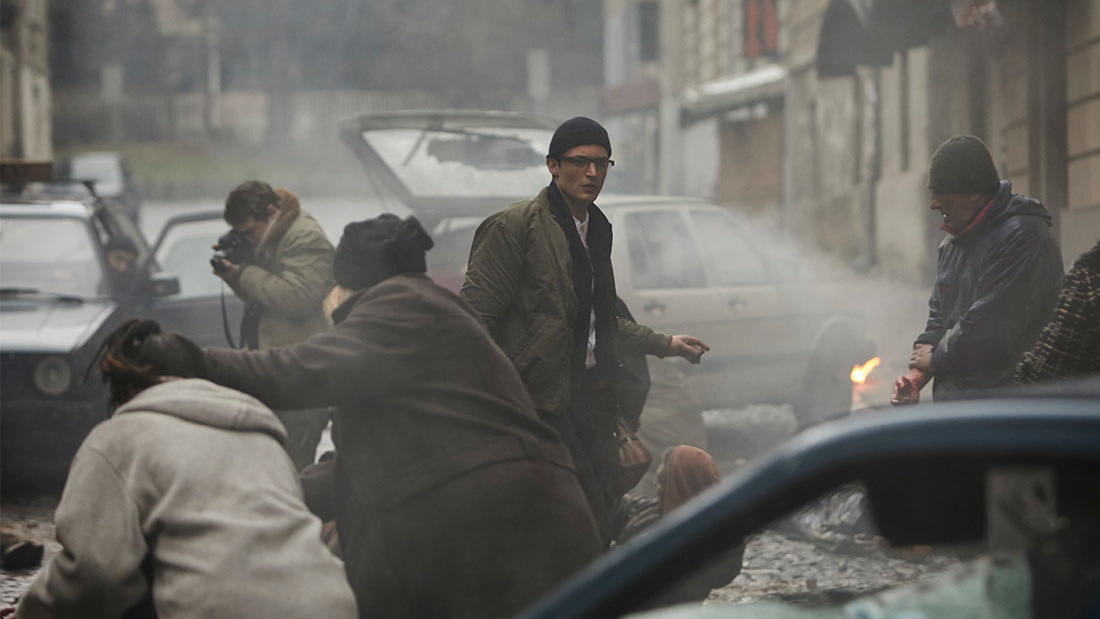 A rising star who first made a major impression on moviegoers when he played Xavier Dolan’s object of desire in HEARTBEATS, Niels Schneider is even more startling in director Guillaume de Fontenay’s vivid portrait of Paul Marchand, a French journalist who eagerly accepts all the dangers that surround him in war-torn Sarajevo if it means getting the world to care about its citizens’ sufferings. Based on the late Marchand’s memoir, SYMPATHY FOR THE DEVIL is an incisive drama about the madness, hypocrisy and horror of war from the perspective of a complex and sometimes frustrating outsider who’s motivated as much by his addiction to risk as his nobler instincts.