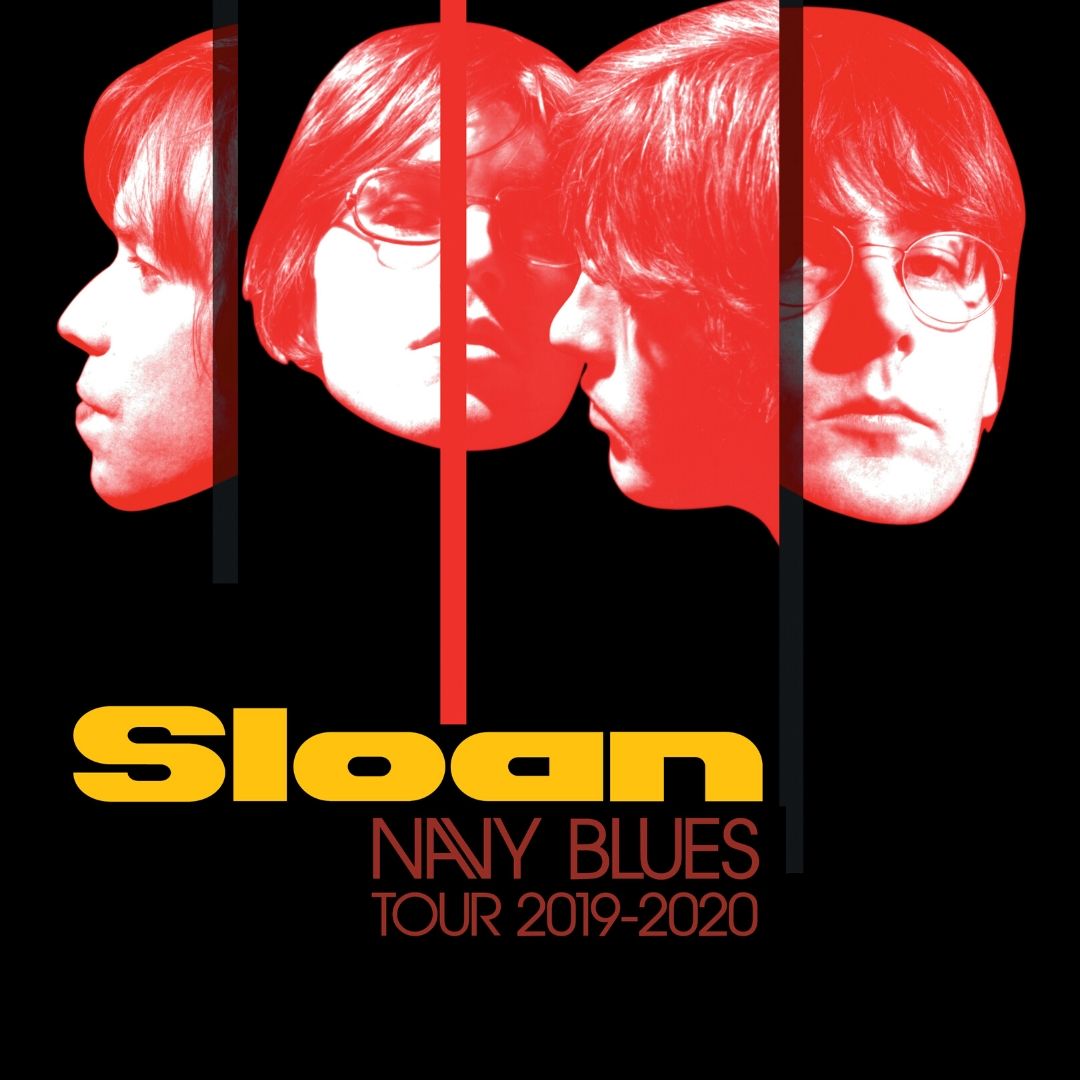 THIS IS THE NEW DATE!  THURSDAY OCTOBER 21, 2021
All tickets previously sold will be honoured for this new date!

In 1991 bassist and vocalist Chris Murphy and drummer Andrew Scott met while studying at the Nova Scotia College of Art and Design, and with the addition of Patrick Pentland on guitar and vocals and Jay Ferguson on guitar, formed Sloan. A year later the band made their recording debut on the Halifax, Canada CD compilation “Hear & Now” before releasing their debut EP “Peppermint” (1991) on their own label Murderecords. In 1992 Sloan signed with Geffen Records and released their full-length debut “Smeared”.

The band’s 1994 follow-up “Twice Removed”, despite the lack of promotion by Geffen Records due to artistic disputes sold well in their home nation of Canada but not so well in America. The record was undisputedly simpler and more melodic than its predecessor despite the label’s best efforts for Sloan make it noisier and for them to fit into the grunge scene. The album was named “The Best Canadian Album of All Time” by one poll and revered by many other and the band supported the album with a relentless tour of Canada thereafter.

During a small hiatus in 1995 where members pursued their own musical interests, Sloan returned in 1995 and released the single “Same Old Flame”. The single made way for another hugely popular album in Canada “One Chord to Another” in 1996. It was recorded on a very tight budget however eventually got a well-received U.S. release when the band signed with EMI subsidiary Enclave in early 1997.

Sloan subsequently released “Navy Blues” in 1998, the double live album “4 Nights at the Palais Royale” in 1999, “Between the Bridges” in 1999, “Pretty Together” in 2011 and “Action Pact” in 2003. The latter of which was recorded in Los Angeles with Tom Rothrock in the production seat in the hope of appealing to a U.S. audience. Its successor, the 30-track long “Never Hear the End of It” in 2006 saw all members of the band contributing a section of songs and became Sloan’s highest charting album in the U.S.

In 2008 Yep Roc Records released Sloan’s ninth studio album “Parallel Play”, followed by the EP “Hit & Run” in 2009 and the full-length studio release “Double Cross” in 2011. “Commonwealth”, released in 2014 is an extensive double album with each of the four sides written by one of the band members to allow their personalities to blossom.