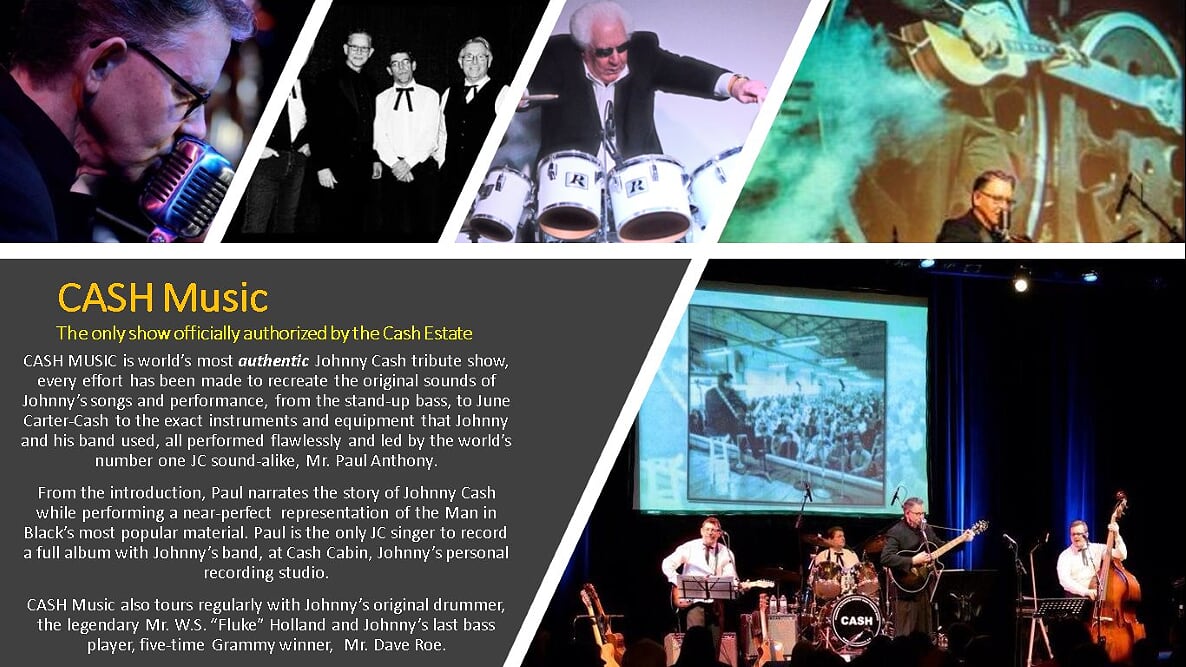 Paul and the band continue to their award-winning tribute show with accolades such as:

Global Spectrum recipient of the Hammer Award for Music Excellence 2018

The Johnny Cash sound is perfectly replicated on stage by using the same guitar Johnny used, a 1955 Fender Esquire and it is played through a 1965 Vibrolux Fender amp. They also use a 1951 Marshall Grant Fender Upright Bass and Paul uses a copy of Johnny's 1996 Martin guitar.

There is a reason they call this the most AUTHENTIC Johnny Cash Tribute.
Paul Anthony is also the ONLY JC singer in the world who has recorded a complete album with Johnny’s band.