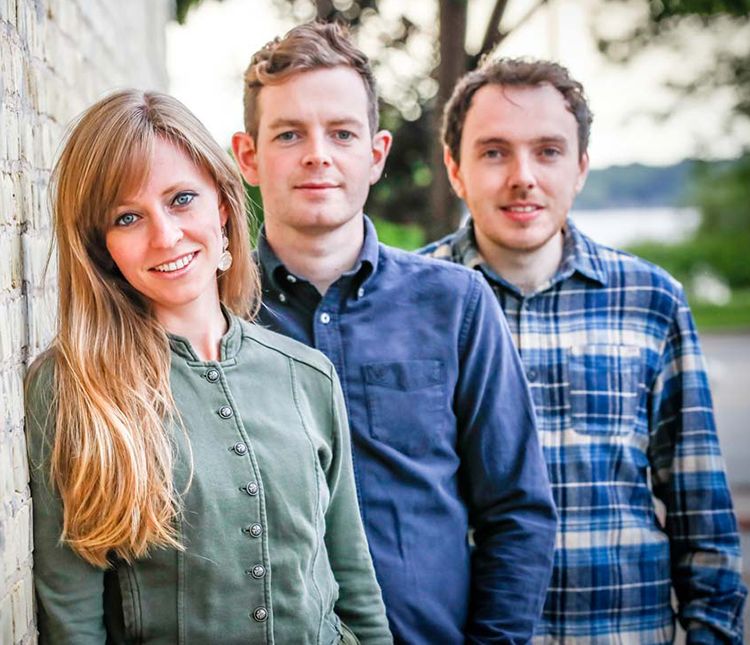 One For the Foxes (presented by Cuckoo's Nest Folk Club) CANCELLED

Featuring: One For the Foxes

The exciting and dynamic transatlantic trio One For the Foxes presents a rousing blend of Irish and American folk music and have already won over audiences on both sides of the ocean (including a recent residency at the Goderich Celtic Roots Festival & College). The group is made up of Dublin’s Tadhg Ó Meachair (Goitse), Galway’s Dave Curley (Slide, Runa) and Denver, Colorado’s Joanna Hyde (The Hydes), and features a mix of Irish and American folk music and song – both traditional and newly-composed – presented in an energetic and engaging manner.

Dave Curley, a multi-instrumentalist, singer and dancer from Corofin, Co. Galway, has been making big waves in the Irish music scene in Ireland, Europe and the USA in the last number of years. He is widely regarded as having one of the most compelling voices in Irish contemporary music.

One For the Foxes (presented by Cuckoo's Nest Folk Club) CANCELLED