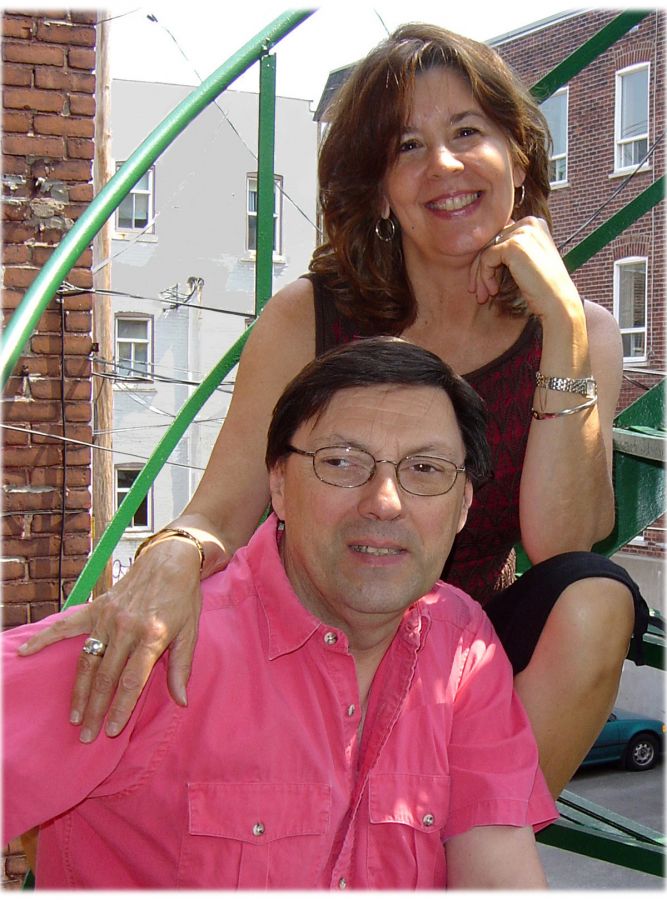 "Two voices in perfect harmony" - that's how one music writer described the Montreal-based duo of Bill Garrett and Sue Lothrop. That rich vocal blend is the hallmark of a folk-music partnership that celebrates fine songwriting and a shared history growing up in rural Quebec. Bill and Sue began their musical relationship after recording Bill's solo CD, Seems To Me, in 1999. The vocal magic and the distinctive musical approach that resulted have continued to evolve and these days, their tight harmonies, fine guitar-picking and tasteful repertoire are winning over fans across the country.

Bill Garrett is a musical triple threat: a Canadian folk legend who is also well known as a producer and one of the founders of Toronto's Borealis Records. Well-known as a solo artist, he was also a staple on CBC Radio for 18 years, co-hosting Sylvia Tyson's folk program Touch the Earth and later producing The Entertainers and Six Days on the Road with musician-host David Essig. Since leaving the CBC in the mid-1990s, he has produced more than 65 folk, blues and jazz recordings.

Sue Lothrop started playing professionally in Montreal. She moved to the city from Quebec's Eastern Townships, where she had played in college folk groups with friends Allan Fraser and Brian Blain. Sue later went on to tour extensively throughout Canada and the U.S. both as a solo artist and with folk/rock group Rings and Things. Sue spent the better part of the 1980s and early 1990s raising her daughter Corina. Today she splits her time between doing therapeutic music animation for seniors and performing with Bill.

Joining Bill & Sue for this concert is their old friend Paul Mills a.k.a Curly Boy Stubbs. Paul is was recently awarded the Order of Canada. He is a musician, musical arranger and record producer/engineer and has been part of the Canadian folk music scene and recording industry for close to fifty years. He has produced over two hundred albums working with artists such as Stan Rogers, Sharon, Lois and Bram, and Ron Hynes. He is the past President of Folk Music Ontario and has served on the Boards of Folk Music Canada and the Canadian Folk Music Awards. He is currently the chair of the Home County Folk League. He has performed recently in duos with his son Trevor, his friend Joanne Crabtree, and most recently with another Canadian folk music legend David Bradstreet.