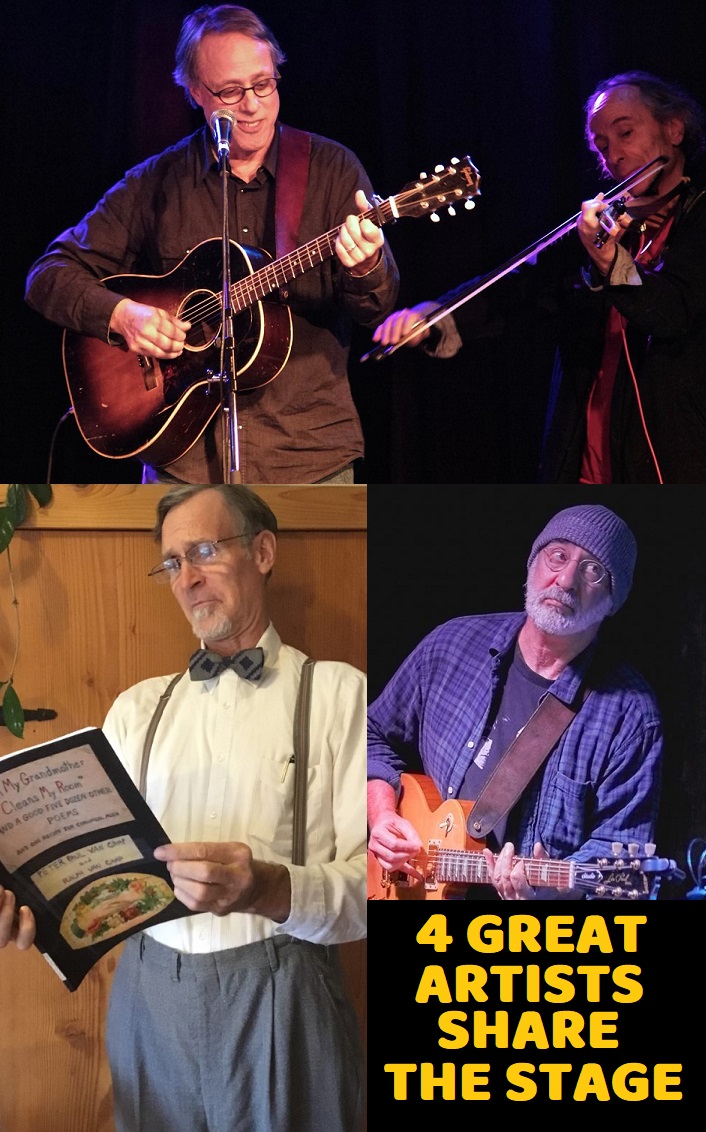 All of these fellows began their careers in the Montreal folk clubs in the 1970’s, and have formed an easy-going assemblage which has previously played in Montreal and Toronto, and will be at the Music Niagara festival this coming August 8.  Catch the foursome here at the LM C up close and personal!

Danny Greenspoon & Bob Cohen, Swell Guitarists with Impressive Resumes involving Ian & Sylvia, Murray McLauchlan, Jesse Winchester, and on and on and on!
Joel Zifkin, For two decades the violinist with Kate & Anna McGarrigle, and more recently with the Richard Thompson Band!
Peter Paul Van Camp, The Itinerant Poet who, even after nearly five decades on the stage, Still Dares To Read His Poems Aloud!