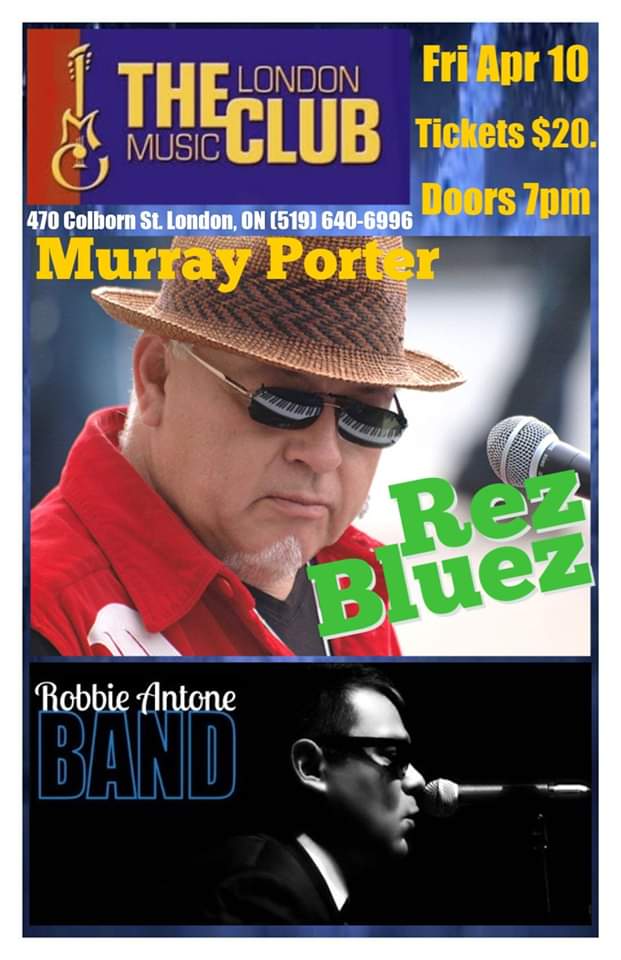 “Murray Porter is an authentic bluesman. Just hearing that piano pump is a thrill, and when Murray starts to sing – look out! You’re hooked. His stories, told in truthful blues, are compelling” Lark Clark – Host, World Spinning, CKUA Radio Network.

From the Oneida Nation of the Thames near London, Ontario, Robbie is steadily becoming one of Canada's top harp players. Robbie honed his skills jamming with Blues Legends such as Jeff Healy, Billy Branch, Bryan Lee, Mel Brown, Dutch Mason, Harrison Kennedy, Little Milton and many others.