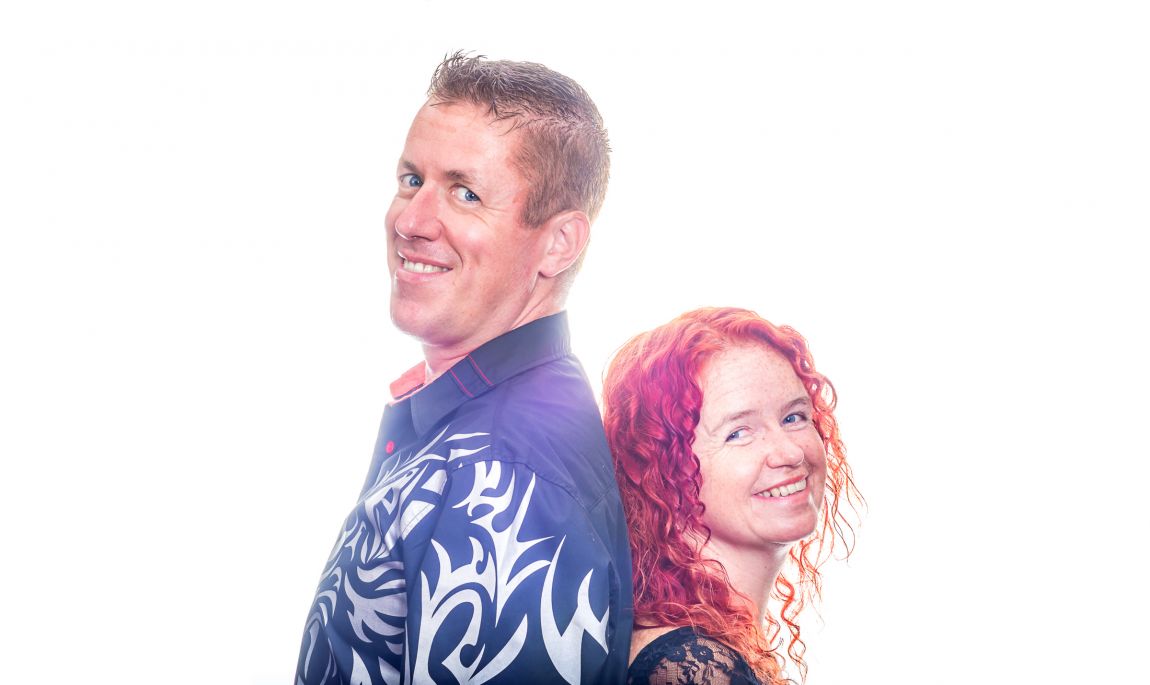 Widely regarded as one of the most innovative acts to come out of the UK in recent years, the sound of husband and wife team, Rob and Sarah Skinner will amaze you with their musical skills and harmonies.

If you like songs influenced by Pink Floyd, Simon and Garfunkel, Supertramp, Crosby Stills and Nash, David Bowie coupled with some epic storytelling, humour and heartfelt emotions, you'll love the Red Dirt Skinners. The Red Dirt Skinners have had success in both National and International awards in several genres. The Skinners' refuse to be pigeonholed; their audiences always describe them as ‘refreshingly different'.
Drawing on influences from more genres than would make sense to list, the Red Dirt Skinners’ sound is instantly recognisable.

Hailing originally from the South East of England, Rob and Sarah have both been musicians for the majority of their lives.
On the strength of five successful tours, the duo were invited to become permanent residents of Canada. They took up this offer in the summer of 2017.

After winning Instrumentalist of the Year at the British Blues Awards in 2014, Sarah became the first female artist to be endorsed by Trevor James Saxophones. "The space where the vocals of Sarah and Rob Skinner meet features two tones existing as a single note". The Alternate Root Magazine

Advocates for finding the positives in every situation, Rob and Sarah spend much of their off-tour time encouraging new artists into the music scene and finding them performance opportunities.