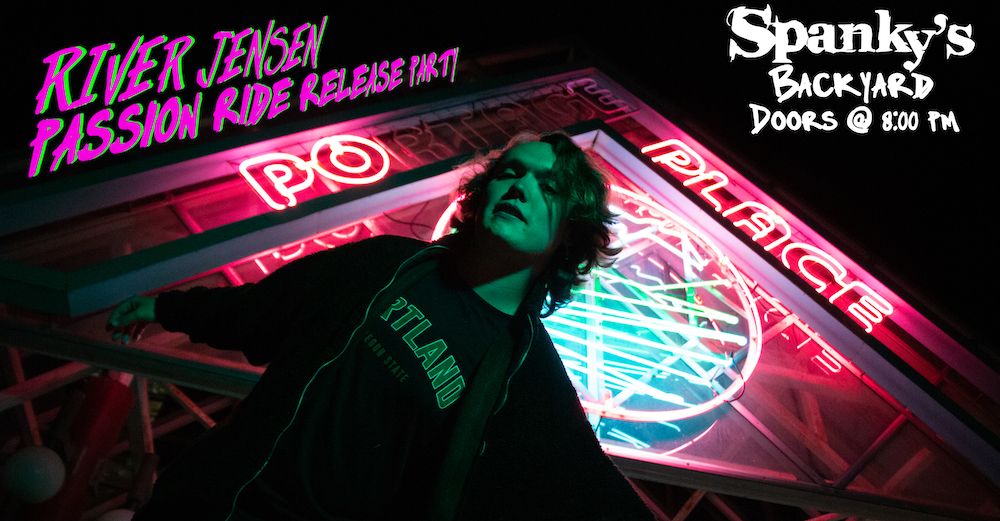 Night of the Passion Ride single release party.
Come out and vibe, bring your passion.

River Jensen (formerly known as Niall) is a solo singer songwriter who strives to achieve a unique, vibrant and honest sound.
Songwriting for over 10 years, his sound had been growing and evolving from a young age.
When known as Niall, he released an EP and an album that has generated a solid Canadian and beyond, interest and following. As an Artist based out of Peterborough, Ontario Niall has developed a loyal local following and is sure to pack the venue with his avid listeners. He also travels to Toronto, Hamilton, Ottawa, Kingston and Montreal where he has generated much interest.
In his evolved stylings Niall is creating a new voice in his presentation as River Jensen, featuring jangled
and melodic guitar lines, coupled with punchy soaring versatile vocals with simple backbeats. His new sound is catchy yet complex melodically and lyrically, creating instant appeal with a solid musical vibrance.
In June 2018, he released his debut EP “Different People”, followed by a sophomore record released in July 2019 which has generated over 500 regular listeners on Spotify.
River Jensen is now set to release a new EP to be recorded in 2020 and has not only changed his name, but his attitude too.