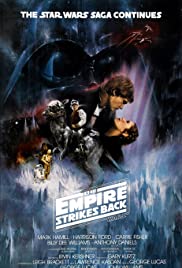 After the Rebels are brutally overpowered by the Empire on the ice planet Hoth, Luke Skywalker begins Jedi training with Yoda, while his friends are pursued by Darth Vader and a bounty hunter named Boba Fett all over the galaxy.

Visit the O'Brien Theatre in Arnprior ON, minutes from Ottawa, for the latest movie releases and classics. The O'Brien Theatre is a historic landmark that dates back to 1918. The O'Brien Theatre in Arnprior is a true Canadian independent cinema, owner-operated and owner-programmed, that was opened in 2000 with two screens, Dolby surround sound and DTS (Digital Theatre Sound). Open 7 days a week. Matinee and Tuesday Nights only $8 for all seats and patrons for new release films. Regular rates apply for rest of week. Vintage films only $5 for all seats  and shows.

Phase 3 now allows theatres to reopen with social distancing measures in place. Regulations allow a maximum of 50 persons per auditorium, 2 metre distancing, and everyone must wear a mask until you get to your seats. Our theatre and seats will be diligently deep cleaned between each movie. Hallways will be one way. One person from each group will be responsible to get snacks from the concession area, everyone else will go straight in and sit down. Rows will be set up to allow social distance between groups.

12 Other Events in this Series