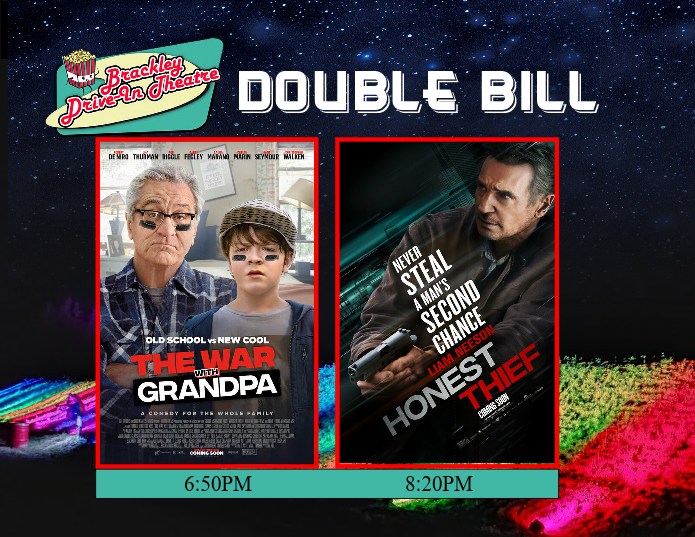 The War with Grandpa ( NEW Film ) - [G]
Peter and his grandpa used to be very close, but when Grandpa Jack moves in with the family, Peter is forced to give up his most prized possession: his bedroom. Peter will stop at nothing to get his room back, scheming with friends to devise a series of pranks to drive him out. However, grandpa doesn't give up easily, and it turns into an all-out war between the two.
Plays at approximately 6:50PM On screen #1

Honest Thief ( New Film ) - [14A]
A bank robber meets the love his life who works at the front desk of a storage facility where he hid $7 million in stolen loot.
Plays at approximately  8:30Pm On screen #1