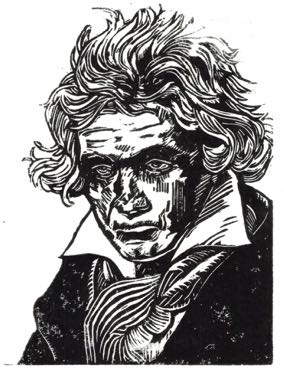 The Penderecki String Quartet undertakes the Complete Beethoven String Quartets in six concerts; this will be the sixth and final program and perhaps the most awesome one,featuring Beethoven's quartets nos. 15 and 13.

No. 14 is almost universally regarded as Beethoven's absolutely greatest quartet! It has seven movements (!), the shortest being 20 bars ... structurally and emotionally, it is transcendent.

No. 16 (op. 135) is his final completed quartet.Despite his awful physical condition, it is mostly an amusing, if ingenious construction. Its slow movement, though, is again transcendently beautiful and moving.

But the very last piece of quartet writing he did was an alternative finale for Op. 130 (on the previous concert, this was performed with the fabulous Great Fugue ending. Beethoven's publisher and his quartet players urged him to go a bit easier on the audience! He finally complied in this utterly delightfull, good-humoured piece, composed in a style reminiscent of Haydn!

The concert is at FIRST UNITED CHURCH rather than the Music Room, because of the virus restrictions: First United holds 50 patrons under these rules; we present the program twice - 16th and 18th   .... IT IS SUGGESTED THAT YOU buy SOON!