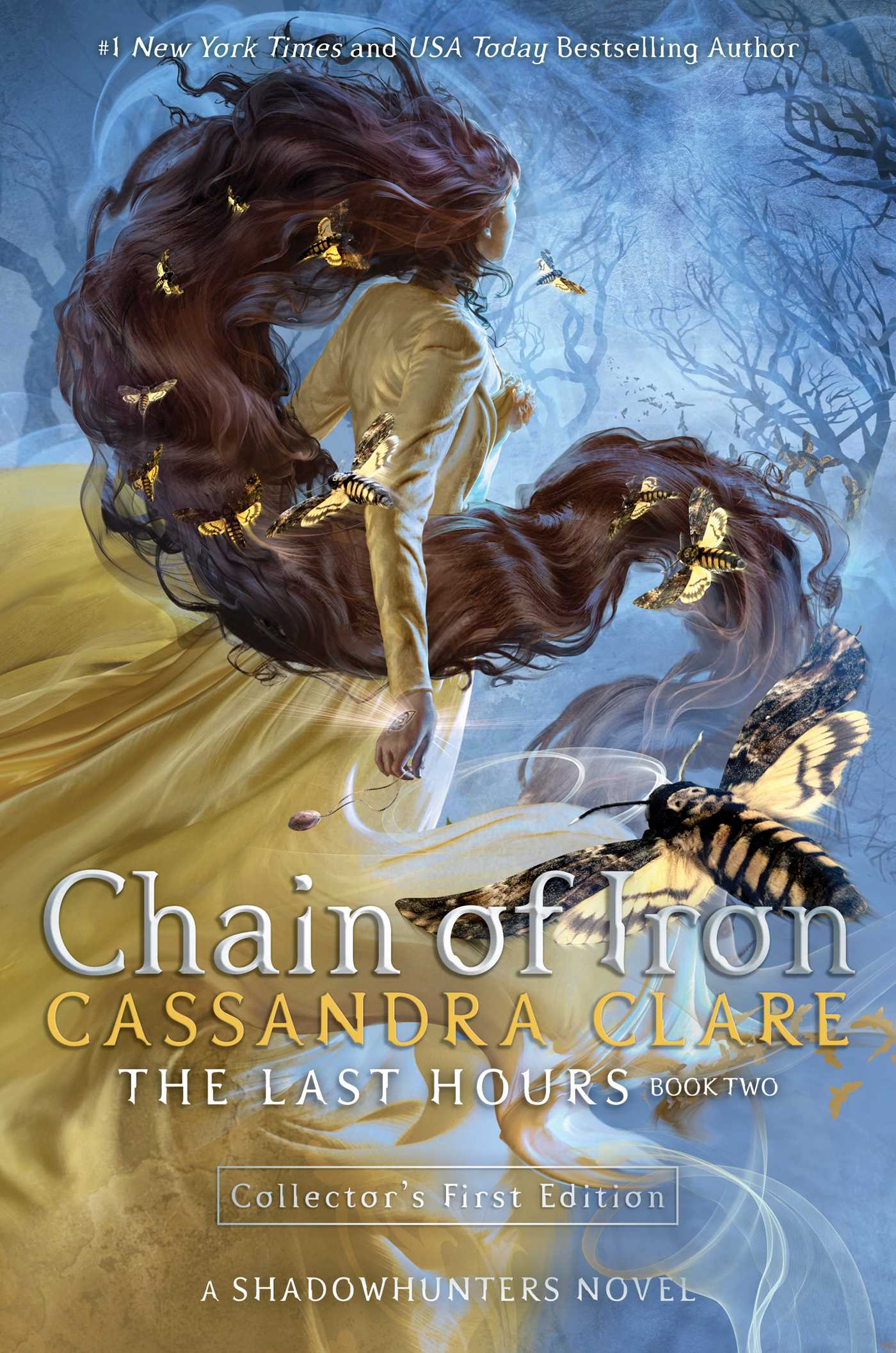 Join writer Sara Farizan as she speaks with #1 New York Times bestselling author Cassandra Clare about the latest Shadowhunters novel Chain of Iron, the dangerous and romantic sequel to Chain of Gold. Cassandra and Sara will discuss the Carstairs siblings, their unique challenges in the book, and the angst and pain of romance. Following the discussion there will be an audience Q&A.

Cordelia Carstairs seems to have everything she ever wanted. She’s engaged to marry James Herondale, the boy she has loved since childhood. She has a new life in London with her best friend Lucie Herondale and James’s charming companions, the Merry Thieves. She is about to be reunited with her beloved father. And she bears the sword Cortana, a legendary hero’s blade.

But the truth is far grimmer. James and Cordelia’s marriage is a lie, arranged to save Cordelia’s reputation. James is in love with the mysterious Grace Blackthorn whose brother, Jesse, died years ago in a terrible accident. Cortana burns Cordelia’s hand when she touches it, while her father has grown bitter and angry. And a serial murderer is targeting the Shadowhunters of London, killing under cover of darkness, then vanishing without a trace.

Together with the Merry Thieves, Cordelia, James, and Lucie must follow the trail of the knife-wielding killer through the city’s most dangerous streets. All the while, each is keeping a shocking secret: Lucie, that she plans to raise Jesse from the dead; Cordelia, that she has sworn a dangerous oath of loyalty to a mysterious power; and James, that he is being drawn further each night into the dark web of his grandfather, the arch-demon Belial. And that he himself may be the killer they seek.

Cassandra Clare is the author of the #1 New York Times, USA TODAY, Wall Street Journal, and Publishers Weekly bestselling Shadowhunter Chronicles. She is also the coauthor of the bestselling fantasy series Magisterium with Holly Black. The Shadowhunter Chronicles have been adapted as both a major motion picture and a television series. Her books have more than fifty million copies in print worldwide and have been translated into more than thirty-five languages. Cassandra lives in western Massachusetts with her husband and three fearsome cats. Visit her at CassandraClare.com. Learn more about the world of the Shadowhunters at Shadowhunters.com

Sara Farizan lives near Boston, Massachusetts. She is an MFA graduate of Lesley University and holds a BA in film and media studies from American University. Her first novel, If You Could Be Mine, was selected for the YALSA Best Fiction for Young Adults list, named an ALA Rainbow List Top Ten Title and a Booklist Top Ten First Novels for Youth pick.  Sara's latest novel, Here to Stay, is a painfully honest, funny, authentic story about growing up, speaking out, and fighting prejudice. Twitter: @SaraFarizan