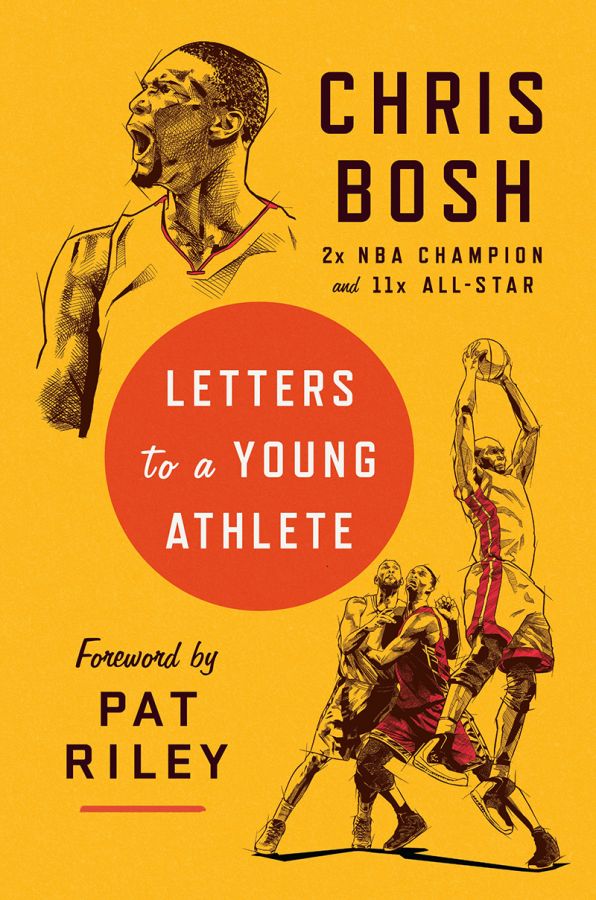 Join legendary NBA player and former Toronto Raptor Chris Bosh as he talks about Letters to a Young Athlete. Chris shares his remarkable story, infused with hard-earned wisdom about the journey to self-mastery from a life at the highest level of professional sports. Purchase a copy now for this exclusive event!

Chris Bosh, an eleven-time All-Star, two-time NBA champion, Olympic gold medalist, and the league’s Global Ambassador, had his playing days cut short at their prime by a freak medical condition. His extraordinary career ended not at a time of his choosing but “in a doctor’s office in the middle of the afternoon.” Forced to reckon with how to find meaning to carry forward, he found himself looking back over his path, from a teenager in Dallas who balanced basketball with the high school robotics club to the pinnacle of the NBA and beyond.

Reflecting on all he learned from a long list of basketball legends, from LeBron and Kobe to Pat Riley and Coach K, he saw that his important lessons weren’t about basketball so much as the inner game of success—right attitude, right commitment, right flow within a team. Now he shares that journey, giving us a fascinating view from the inside of what greatness feels like and what it takes, formulated as a series of letters to younger people coming up and to all wisdom seekers. A timeless gift for anyone in pursuit of excellence, Letters to a Young Athlete offers a proven path for taming your inner voice and making it your ally, through the challenges of failure and the challenges of success alike.

CHRIS BOSH fell in love with basketball at an early age and earned the prestigious “Mr. Basketball” title while still at Lincoln High School in Dallas, Texas. A McDonald’s All-American, Bosh was selected fourth overall by the Toronto Raptors after one year attending Georgia Tech. In March 2019, Bosh’s #1 jersey was officially retired for the Miami Heat. In addition to his basketball career, in 2010 he founded Team Tomorrow as a community-uplift organization. Bosh regularly speaks to youths about the benefits of reading, coding, and leadership. Bosh, his wife, Adrienne, and their five children reside in Austin, Texas.