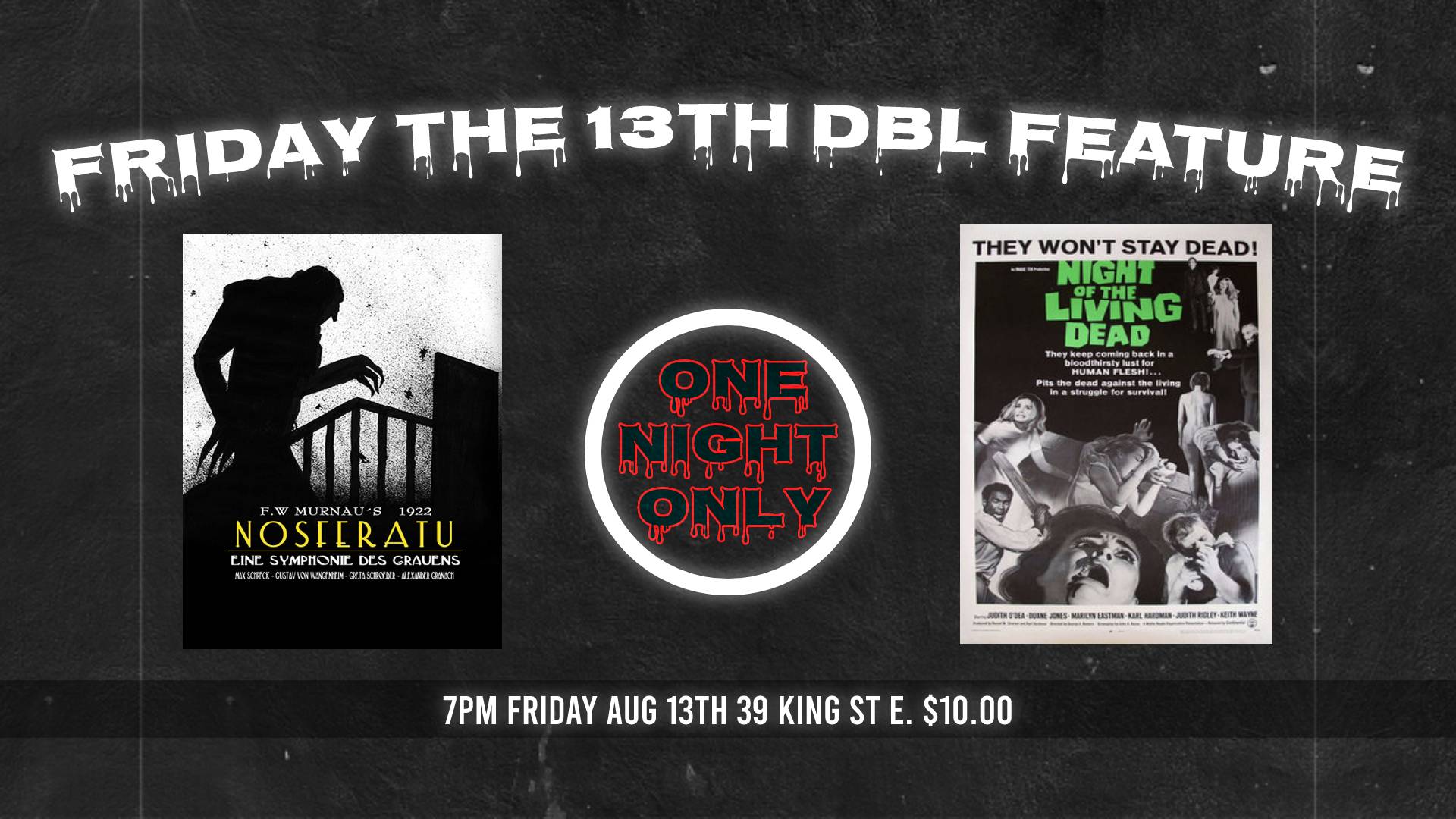 Join us for our first in many film showings at The Biltmore Theatre.

Established in 1940 , Oshawa’s Biltmore Theatre is one of the original 5 Ontario theatres in the chain commissioned and built by the Okum Brothers of Toronto, later purchased by Odeon theatres the venue operated through until the late 80s as a seated film theatre before going dark and becoming a string of nightclubs and bars.

Our First Films are our Friday The 13th Double Feature:

The Biltmore Theatre is a 598 capacity live music and entertainment venue operating at below 25% capacity during stage 3 restrictions at 100 Public Attendees. All attendees are required to purchase tickets and remain socially distanced from other group/parties in attendance. Groups are seated at tables spaced through-out our venuye by our staff based on party size and arrival time. Current regulatory restrictions apply.