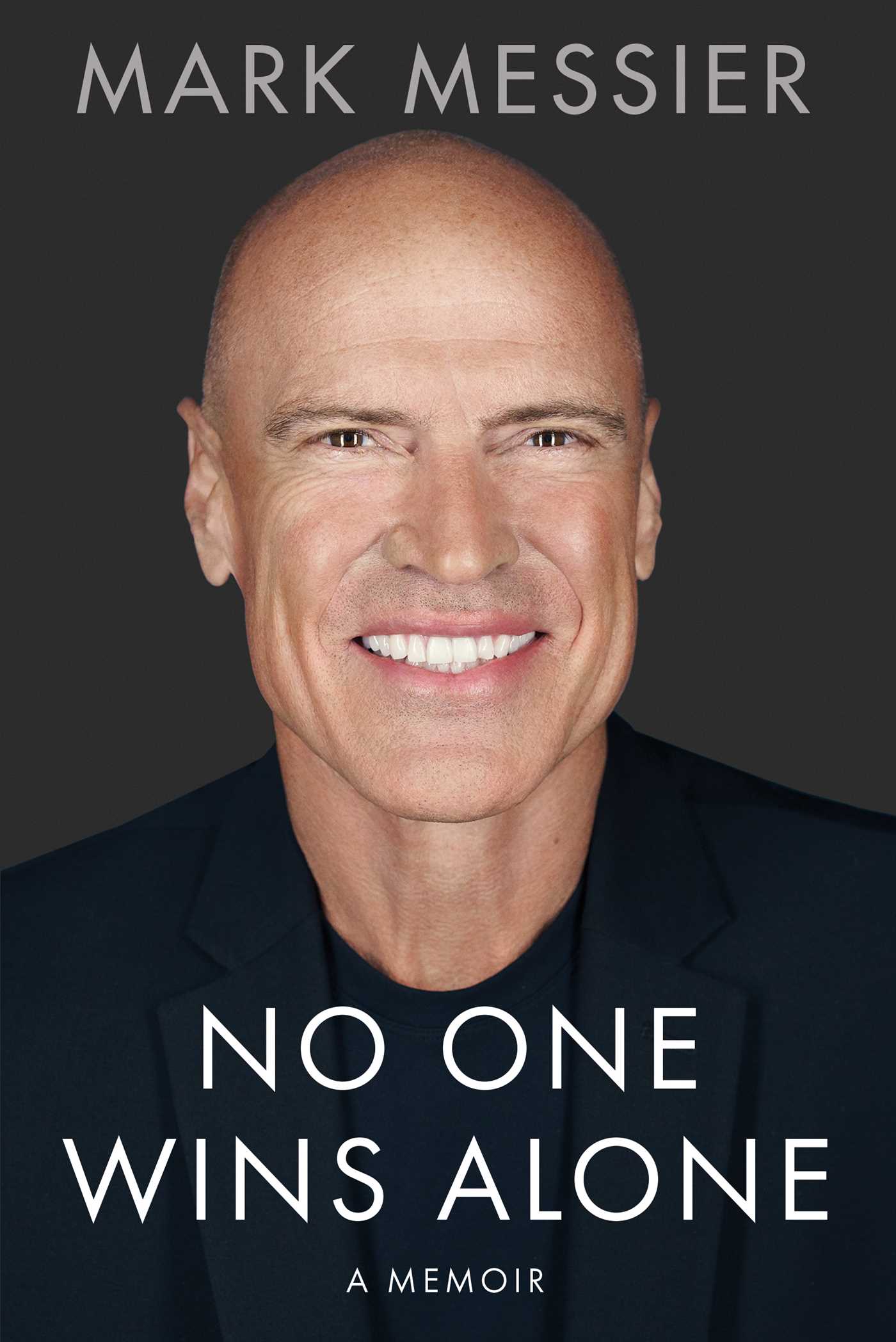 Join Mark Messier, legendary Hall of Fame hockey player and six-time Stanley Cup champion, as he talks about his memoir No One Wins Alone with TSN's Gord Miller. Told with heart and sincerity, No One Wins Alone is about more than hockey—it’s about the deep love and gratitude that comes from a life shared with others. Purchase a signed copy of No One Wins Alone to join this exclusive event.

Mark Messier is one of the most accomplished athletes in the history of professional sports. He was a fierce competitor with a well-earned reputation as a winner. But few people know his real story, not only of the astonishing journey he took to making NHL history, but of the deep understanding of leadership and respect for the power of teamwork he gained.

Messier tells of his early years with his tight-knit family, learning especially from his father, Doug – a hockey player, coach, and teacher. He describes what it was like entering the NHL as an eighteen-year-old with a wild side, and growing close with teammates Wayne Gretzky, Kevin Lowe, Paul Coffey, Glenn Anderson and others during their high-flying dynasty years with the Edmonton Oilers. He chronicles summers spent looking for inspiration and renewed energy on trips to exotic destinations around the world. And he recounts the highs, lows, and hard work that brought the New York Rangers to the ultimate moment for a hockey club: lifting the Stanley Cup.

Throughout, Messier shares insights about success, winning cultures, and how leaders can help teams overcome challenges. Told with heart and sincerity, No One Wins Alone is about more than hockey—it’s about the deep love and gratitude that comes from a life shared with others.

MARK MESSIER is a former professional hockey player from Alberta, Canada. He played in the NHL for twenty-five years, won six Stanley Cups—five with the Oilers and one with the Rangers—and is the only player to have captained two NHL franchises to championships. He is second on the all-time career lists for playoff points, and third for regular season games played and for regular season points. In 2007 he was inducted into the Hockey Hall of Fame, in his first year of eligibility. That same year, the NHL instituted the Mark Messier Leadership Award, given annually to the player who exemplifies great leadership qualities to his team, on and off the ice. Mark lives in New York. Jimmy Roberts has worked in sports and news journalism for four decades at ABC, ESPN, and NBC, where he has been the recipient of thirteen Emmy Awards. He is also the author of Breaking the Slump.

GORD MILLER is a Canadian sportscaster for Bell Media's sports cable network TSN. He is the lead play-by-play announcer for TSN Hockey and TSN's coverage of international hockey, including the IIHF World Under-20 Hockey Championship and the IIHF Men’s World Hockey Championship. In addition, Miller has broadcast 6 Olympics for TSN as a host and play by play announcer , including hockey in 2010 in Vancouver and track and field in London in 2012. Miller also worked for NBC Sports for 11 years, broadcasting NHL games and the 2018 Pyeongchang Olympic Winter games. Miller was awarded the Paul Loicq Award by the International Ice Hockey Federation in 2013, for his outstanding contributions to international ice hockey.