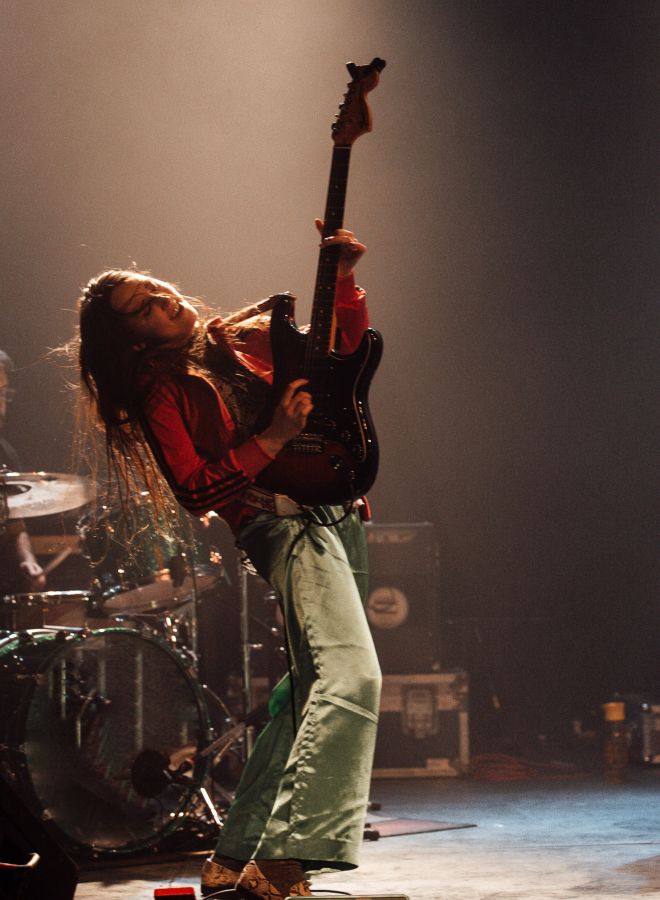 "Winnipeg’s Paige Drobot lit up the stage with ‘70s-inspired (complete with matching outfits) guitar freakouts as she wailed and soloed over everyone’s jaws that had dropped to the floor. Drobot and her trio transported everyone back to Woodstock for a free-flowing set.” -- BEATROUTE

Born from a deep desire for connection and understanding amidst a world of chaos, Show Pony is the alt-country love-child of members from Winnipeg’s rock scene. Show Pony draws from their familiar punk-rock and indie influences and merges them with a respect for country sensibilities. Galvanized by the universal truths of classic country storytelling, the band takes a Loretta Lynn approach to songwriting; a marriage between blunt and honest lyricism, punchy sing-along choruses and captivating melodies.

Soon after forming, the band released their first single ‘If I’m Really That Bad’ in January 2021; a vibrant, self-reflective track dealing with the pain of fractured relationships. Now with the reemergence of live entertainment, the band looks forward to captivating audiences with their taste for flare in both performance and visual presentation. Although early into their career as a band, Show Pony hope to be indie-rock’s gateway into country music.